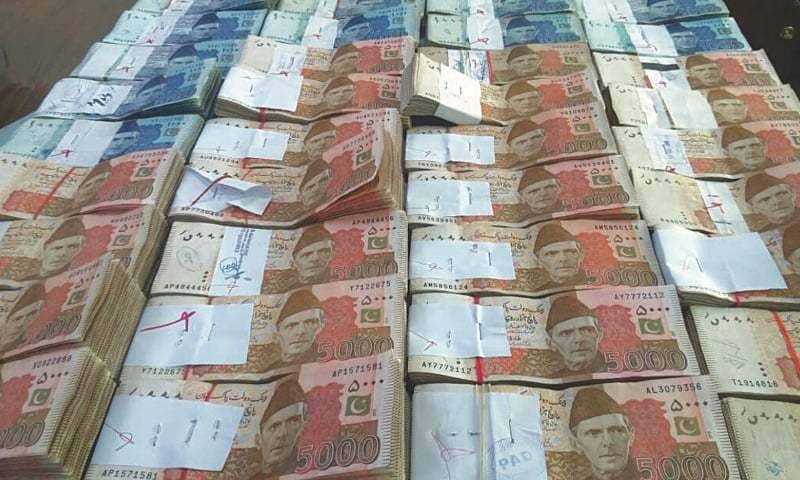 LAHORE – The National Accountability Bureau (NAB) during a raid at the house of a former officer of Excise and recovered cash and prize bonds worth Rs330 million, said a statement.

The anti-graft watchdog said that Khwaja Wasim, a grade-16 officer, made assets beyond his know sources of income during his service as an income tax officer.

NAB termed the recovery of the massive cash a major success.

It said that the officer transferred over Rs220 million between 2013 to 2017 to his foreign accounts but failed to provide sources of the income to the NAB.

Wasim is also facing charges of whitening millions of rupees through an amnesty scheme in 2018.

The accused was produced before an accountability court today in Lahore.