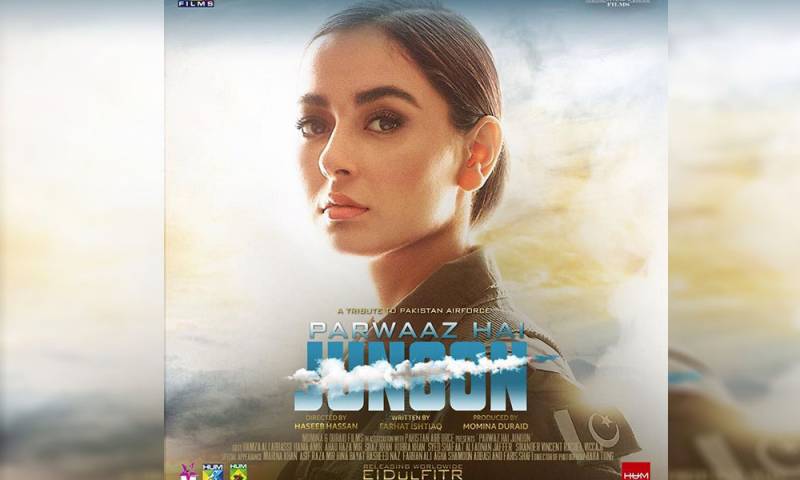 LAHORE - Hania Aamir is our very own fresh faced and dimpled girl next door who has over and over won our hearts through her subtle yet impacting performances. After Janaan and Na Maloom Afraad 2, she is all set to appear in her latest project, 'Parwaaz hai junoon'. She plays the role of Sania in the film that is directed by Haseeb Hassan and is based on a story regarding the Pakistan Air Force.

Hania was nominated as Best Supporting Actress for Janaan for a Lux Style Award in 2016. Therefore, we'd like to see what she has to offer this time.

We think she looks convincing as an Aviation Cadet. And, breath-taking!

The reactions on social media prove that seeing Hania Aamir's role  come to life is much awaited: 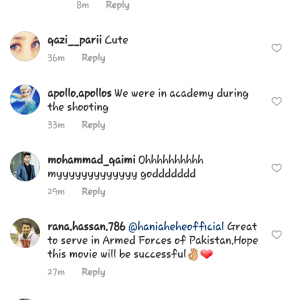 Hania seems to be as excited as us. “There are two storylines in the film,” she said. “In one, I play a very bubbly, happy-go-lucky kind of a girl while the other one has a tragic spin to it,” she added.

The looks of Ahad Raza Mir and Hamza Ali Abbasi were previously revealed and they were appreciated by the public just as much.

Kubra Khan, Shaz Khan and Shamoon Ali Abbasi besides Hamza and Ahad will also be seen starring in the film. We certainly have plans to go watch the star studded film on it's release on Eid ul Fitr, 2018.