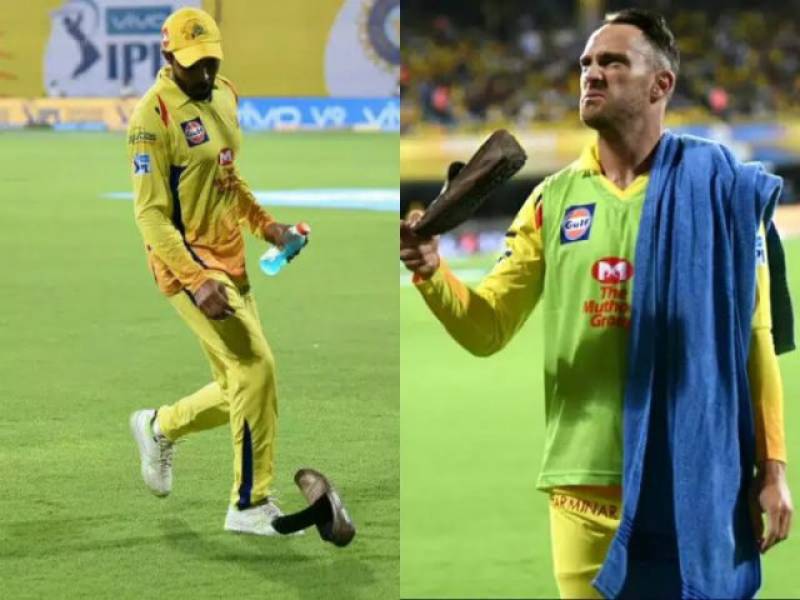 CHENNAI - Two persons have been held for throwing a shoe at Ravindra Jadeja during the Indian Premiere League (IPL) match between Chennai Super Kings and Kolkata Knight Riders in Chennai on Tuesday.

Despite a tight security blanket around the Chepauk, the spectators flung a pair of shoes at the edge of the boundary in the eighth over of Kolkata’s innings in the South Indian state of Tamil Nadu.

According to reports, the pair of shoes fell near the dug out of Chennai players. The incident happened in the eighth over when Chennai were bowling and the pair of shoes landed just near Ravindra Jadeja, who was fielding at the long-on boundary.

Around 4,000 police personnel have been deployed for security.

Before the match, several fringe elements threatened to agitate against the IPL match in protest against the central government not constituting the Cauvery Management Board (CMB) and Cauvery Water Regulatory Committee (CWRC) as mandated by the Supreme Court.

After the incident, security personnel detained the spectators and soon they were evicted from the ground.

The two persons detained by the police are allegedly a part of actor-director Seeman’s Naam pro-Tamil outfit Tamizhar.

Naam Tamizhar leader and film personality Seeman, film-maker Bharathirajaa and many activists were taken into custody by the police, who had a tough time managing the ever increasing number of protesters.

Movement of vehicles was also restricted in the areas around the stadium.