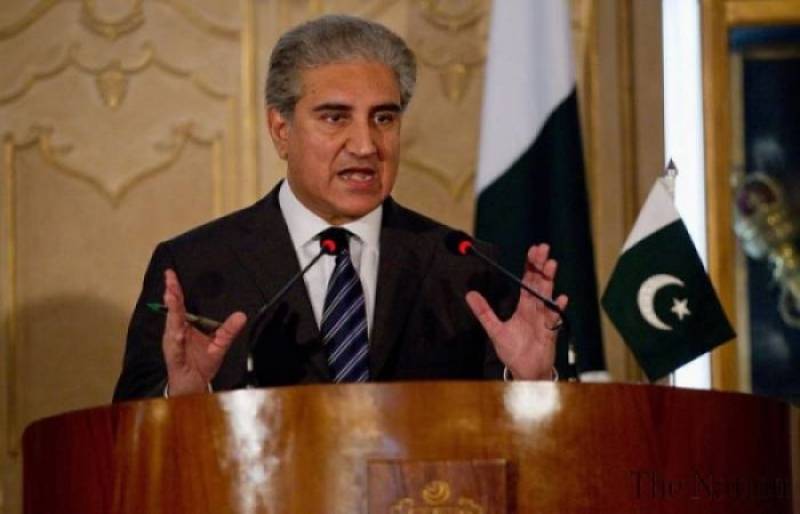 ISLAMABAD – Foreign Minister Shah Mehmood Qureshi has dismissed the rumours that one Israeli pilot is detained in Pakistan and that only one Indian pilot was captured after the aerial fight between the air forces nuclear-armed neighbours earlier this year.

In a briefing at Foreign Ministry on Wednesday, the minister once again corrected the facts by saying that Pakistan shot down two Indian aircraft during the brief dogfight over the disputed Kashmir region. India’s claim to have shot down a Pakistani F-16 jet was proved as false by the United States officials, he added.

Qureshi said that the US officials have confirmed that no Pakistani F-16 was downed by Indian Air Force (IAF), adding that the IAF had shot down its own helicopter, killing six personnel on the spot.

Qureshi claimed that Pakistan needs to stay vigilant, as Pakistan has credible reports that India is planning another misadventure against Pakistan.

Earlier this month, the foreign minister had revealed that India was planning another Pulwama like incident inside the country between 16 to 20 April.

Qureshi further said that the Modi-government might go for another misadventure against Pakistan.

He urged the international community and the UN Security Council to play their role in de-escalating the situation as Indian forces are violation ceasefire on a continuous basis across the Line of Control (LoC).