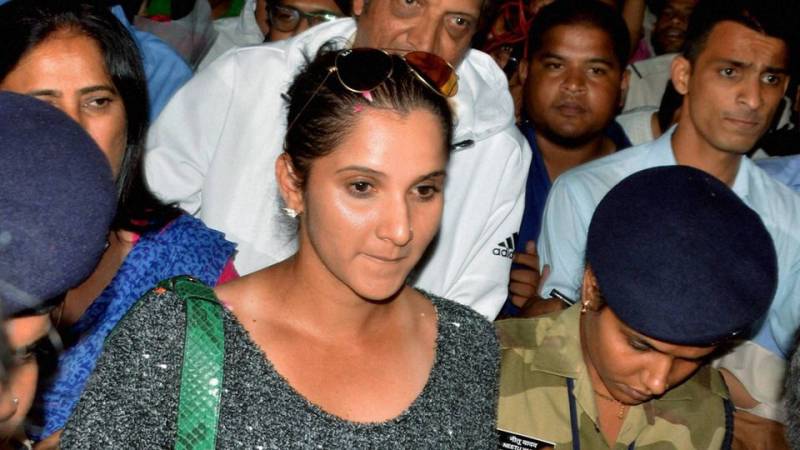 HYDERABAD, India (Web Desk) - Tennis star Sania Mirza has been challaned by the Hyderabad Traffic Police for “improper” display of registration number on her car, Indian media reported on Tuesday.

The challan was issued last night after the traffic cops found the SUV with improper display of number plate and photographed the vehicle which was parked at Road Number 10 in Jubilee Hills area, a police officer said.

"We have issued an e-challan with fine of Rs 200 to Sania Mirza, the owner of the SUV, for the violation", Srinivas Reddy, Inspector Jubilee Hills Traffic Police Station.