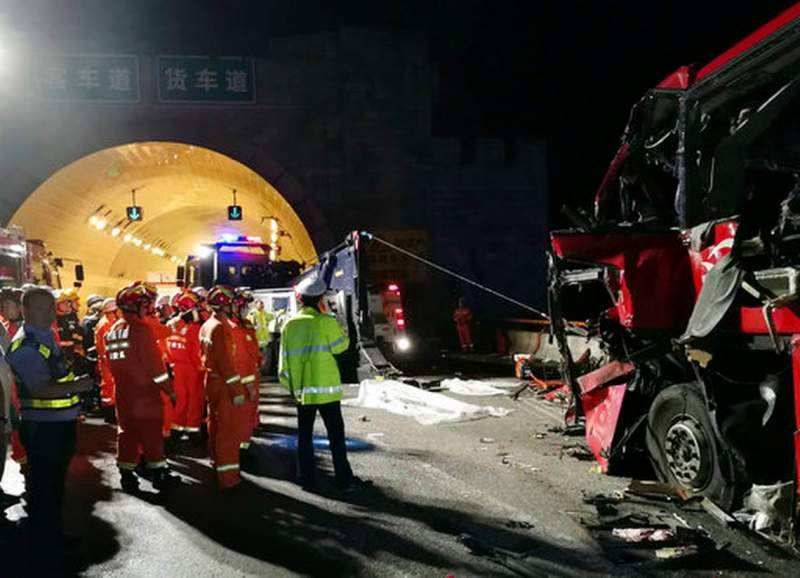 SHANGHAI - At least 36 people were killed and 13 others injured after a passenger bus rammed into the wall of an expressway tunnel in China's northwest, international media reported on Friday.

As per reports, the bus was on its way to Luoyang, a city in central China, from Chengdu, capital of the southwestern province of Sichuan, when it hit a tunnel's wall on Xi'an-Hanzhong expressway.

After the accident, the rescue teams rushed to the scene and shifted the injured to the hospital for medical treatment.

According to Sina news website, the bus had a 51-passenger capacity and was carrying 49 people, including two children.

Minister of Public Security Guo Shengkun has ordered the authorities concerned to initiate a swift investigation into the accident, according to China Central Television.