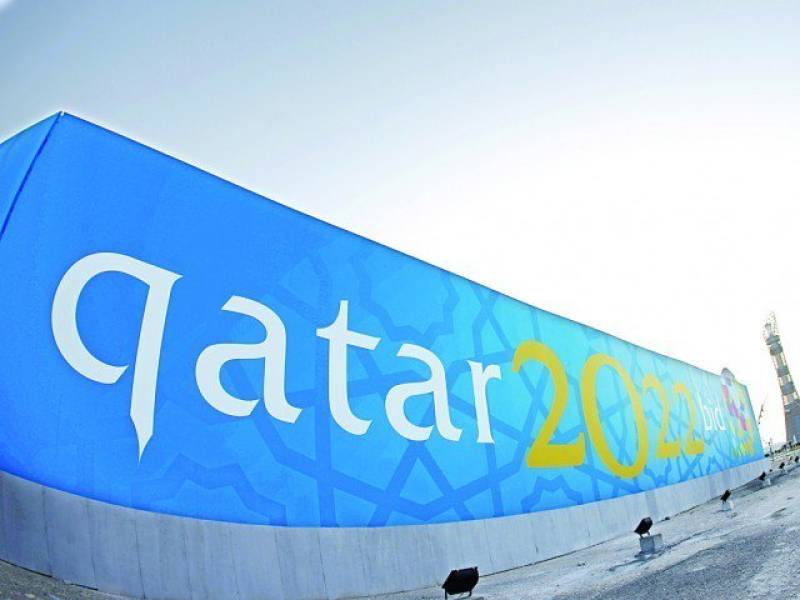 DOHA - Qatar has announced a visa-free entry programme for 80 countries of the world including India to stimulate air transport and tourism.

Surprisingly, there is no prominent Muslim country on the visa free nationalities list including Pakistan.

Hassan al-Ibrahim, a Qatar's tourism department official, said, “The visa exemption scheme will make Qatar the most open country in the region”.

Interior ministry official Mohamed Rashed al-Mazroui said the nationals of 80 countries would only need to present a valid passport for entry to the energy-rich Gulf state which is to host football’s 2022 World Cup, reported Kuwait Times.

The 80 countries were not named and neither was the date from which the visa-free programme will take effect mentioned, but Qatari newspapers said it would apply mainly to Western nationals.

However, according to The Peninsula, a Middle Eastern news outlet the nations are detailed as follows: 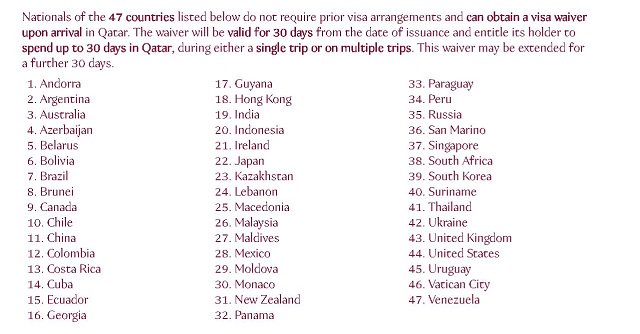 Nationals of 33 countries will be authorised to stay for 180 days and the other 47 for up to 30 days, periods which are renewable a single time.

Mazroui said the countries were selected on the basis of security and economic considerations, or for the buying-power of their nationals.

Regional kingpin Saudi Arabia as well as Bahrain, the United Arab Emirates and Egypt have since June 5 imposed a boycott on Qatar, accusing the emirate of fostering Islamist extremist groups and of close ties to Iran. Doha has denied the allegations.

The four Gulf nations have closed their land and sea borders to Qatar and imposed economic and air traffic restrictions.

Qatar has a population of 2.4 million people, 90 percent of whom are foreigners, including many from south Asia working in construction.