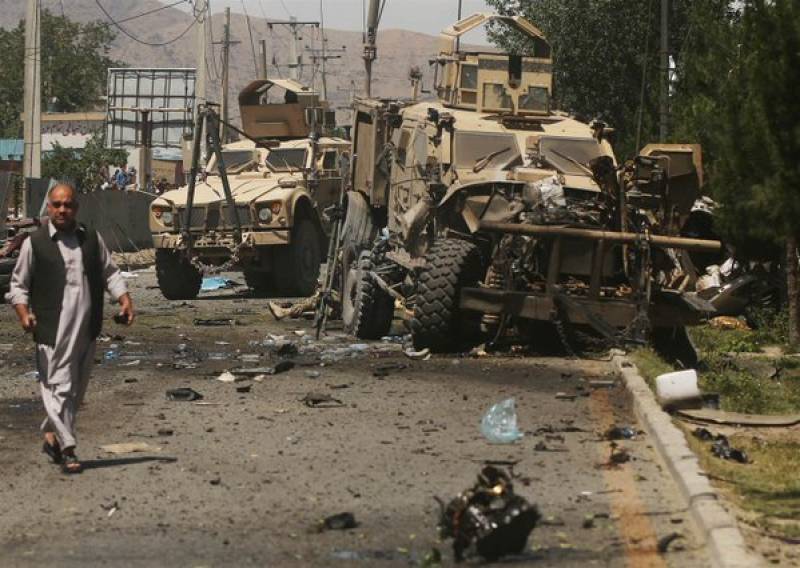 KABUL (Staff Report) - At least 24 people have died while over 200 were left severely wounded in central Kabul as a huge explosion Tuesday morning struck a building near Afghan presidency and NDS headquarters, a statement said.

Rescue teams and security forces were mobilised in the affected part of the city and injured were rushed to hospital. The site was cordoned off and travelers have been advised to avoid the central Kabul.

According to Afghan media, exact target of the blast were security forces who are responsible to provide protection to VIPs. Gunshots were also fired after the blast. Initial investigation suggested that it was suicide blast in which a car full of explosives was used. 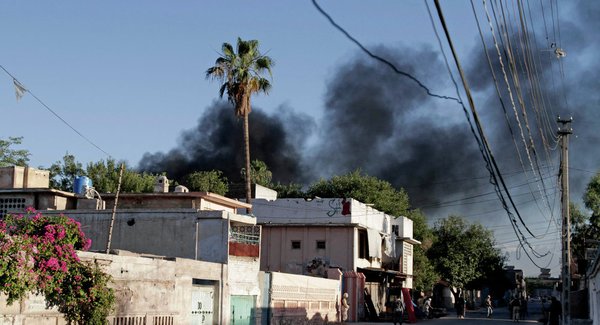 Several other key buildings including offices of Afghan ministries are also located next to presidency and NDS headquarters. US embassy and NATO coalition base are also located in the same area.

Warning sirens were rang at the US embassy following the blast's sound. However, a spokesman said that embassy was not affected by the blast. The NATO's military coalition base also said that it remained safe in the tragedy.

A video shared by a user on twitter showed aftermath of the deadly blast.

Another video of the aftermath of today's terrible attack #kabulbleeding pic.twitter.com/ioDcUqMHGz

None of the insurgent groups including Taliban and Islamic State has so far claimed responsibility of the attack. However the incident comes just days after Taliban announced spring offensive.