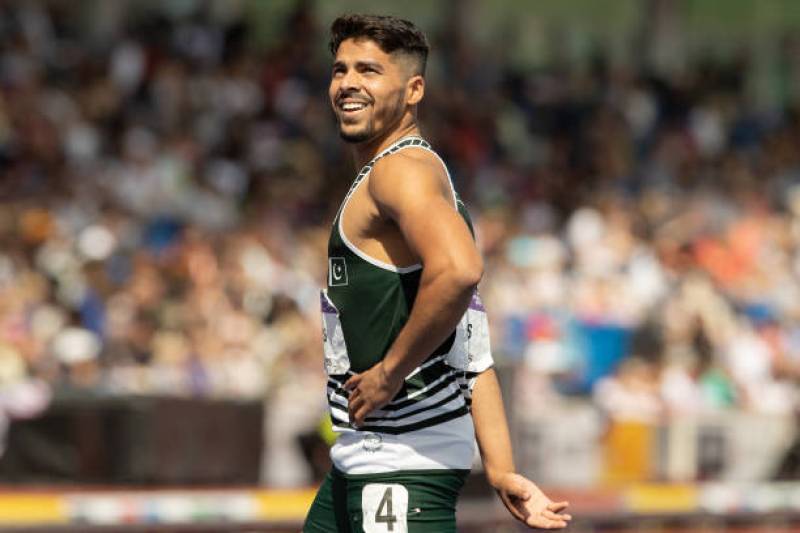 Finishing first in his heats, the 22-year-old clocked 20.68 seconds, breaking his previous record of 20.87 he made during XXXII Qosanov Memorial in Almaty.

Shajar had earlier also set a national record of 100m sprint by clocking 10.25 in Islamic Solidarity Games, less than a week after he completed the same distance in 10.38 at Commonwealth Games 2022 in Birmingham.

The Pakistani athlete finished first in his heat, while his countryman Mueed Baloch secured second spot as he clocked 21.28 seconds.

Shajar has participated in seven sprints in nine days but he is in high spirits as he managed to set new records despite fatigue.