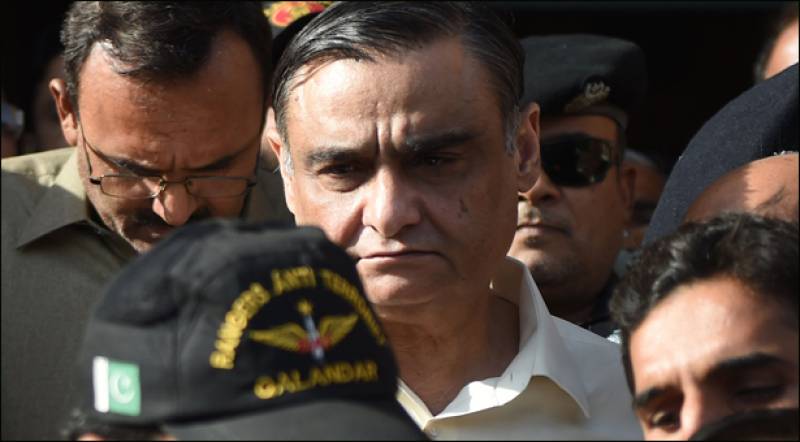 The ATC judge Naimatullah Phulpoto ordered the police investigation officer to submit a detailed report in ten days at his 'incomplete' report which said that suspect may be released in terrorism related case under section 497-2.

When the hearing started police investigation officer DSP Altaf Hussain presented his findings in the court, and said that no solid evidence was found against Dr Asim's involvement in terrorism related activities and hence he should be released on bail under section 497-2.

The DSP said that police have no objection if court allows Doctor to walk free as they have completed the investigation and do not required him in custody anymore.

Commenting on the statement of DSP, the judge said if he had already decided to release the accused then why he was produced in the court. He said the investigation report was apparently incomplete.

On the occasion Sindh government's special prosecutor Mushraq Jahangiri raised objections on the police investigation reports saying that the accused had confessed to terror charges against him before a joint investigation team (JIT).

He said the court cannot ignore the confessional statement of Dr Asim's deputy Dr Yousuf Sattar who confirmed that terrorists were treated at hospital on his instructions. The investigation officer cannot discard terror charges against Dr Asim on his own specially in this case when other law enforcement agencies requested registration of a case, he further argued.

He added that investigation officer even did not inform him about the his report nor he shared any information with Rangers, who were complainant in the case.

Dismissing the police report, Ranger law officer said that police officials were favouring the culprit through a dishonest investigation report. We have solid evidences against the accused and the court must not allow his release in the case, he stated.

The Rangers' counsel said that a JIT report and the confessional statement of prosecution witness Dr Yousuf Sattar cannot be ignored and the court should try him for the terror charges.

The hospital record, which confirmed that several terrorists of Liyari Gangs, al-Qaeda and other criminal groups were treated at hospital, was also presented before the court.

The legal counsel of Dr Asim Hussain preyed to the court that he was innocent and Rangers wanted to try him for a crime which he did not commit. The paramilitary force tried to get an unjustified confessional statement of Dr Asim Hussain during the 90-days detention, he argued.

The lawyer said that police investigation report also confirmed that there were no evidence against Dr Asim Hussain.

At a moment Dr Asim Hussain also started speaking in the court and said that Rangers were involving dragging him in their fight against someone else. I leave my case onto Allah, He will settle it, he said on the occasion.

Doctor went on to say that Rangers were changing record at his hospital to prove that terrorists were treated on my instructions.

The NAB prosecutor also appeared before the court and requested custody of Dr Asim Hussain saying that he is accused of receiving kickbacks, land grabbing, money laundering and favouring contractors in the bidding of mega projects. The NAB wants to investigate him for the corruption charges, he said.

At which the ATC judge allowed NAB officials to arrest Dr Asim Hussain.

On the last hearing on Monday, the former minister for petroleum had denied treating any terrorists at his hospital saying ‘I have never given such statement,' when he was produced in the ATC after seven-day remand ended.

Recording a statement with ATC, he prayed to the court to not handover him to Sindh Rangers as they have already investigated him for 90 days. My life is under serious threat, I am being targeted in someone else’s fight, he added.

When court asked him if the police or Rangers ever tortured him during investigation, Dr Asim said that he was not tortured physically but he has been under a continuous mental pressure.

“I am being humiliated for the crimes I never committed, I was paraded to my hospitals handcuffed,” he stated.

He went on to say that her wife was a cancer patient and she is being disgraced in police stations and court along with my 90-year-old mother.

The judge assured Dr Asim Hussain that he will be given a fair trial and he will not be charged the crimes he did not commit.

Earlier on November 30, Dr Asim Hussain's deputy at Ziauddin Hospital and key witness against him, Dr Yousuaf Sattar, recorded a confessional statement with Judicial Magistrate conceding the allegations leveled against the first in a Joint Investigation Team’s (JIT) report.

The statement was recorded under section 164 of Pakistan Penal Code (PPC) which deals with “abetment by public servant of offences such as taking gratification by corrupt or illegal means and exercise of personal influence.”

Talking to media reports after Dr Asim Hussain’s production at City Court in Karachi, the officials said that Dr Sattar has testified all of the accusations including corruption in several projects, treatment of terrorists on the request of different high profile politicians of MQM and PPP, and receiving kickbacks in bidding while he was serving as minister for petroleum.

“The key witness has confessed to treating and sheltering as many as 28 terrorists on the behest of different political personalities and special instructions of Dr Asim Hussain,” the officials stated.

The statement was later on sealed and forwarded to respective ATC judge by thejudicial magistrate.