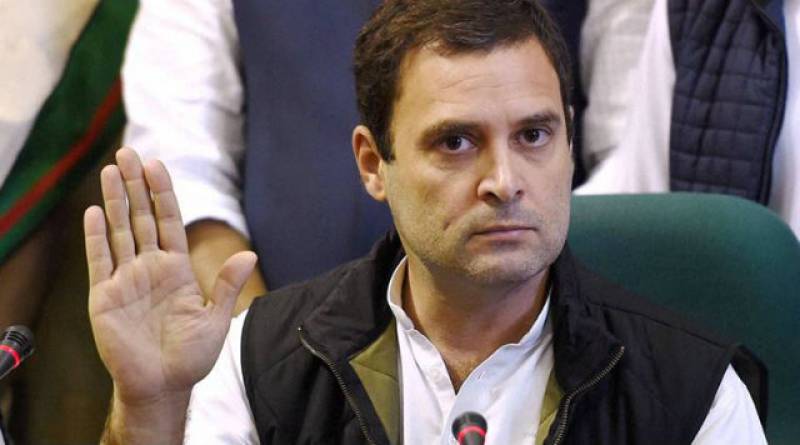 NEW DELHI - Rahul Gandhi has been elected the president of Indian National Congress unopposed, the Times of India reported.

The scion of the Nehru-Gandhi family, which has produced three of India’s prime ministers, including its founding PM, Jawaharlal Nehru, and two who were assassinated in office, was announced as the new leader of India’s chief opposition party on Monday.

The entire Indian National Congress family would like to convey our best wishes to incoming President Rahul Gandhi, and wish him a successful tenure as he continues to lead from the front. #CongressPresidentRahulGandhi pic.twitter.com/3md3zzFYux

While making the announcement, Ramachandran, who is also the All India Congress Commitee's returning officer for the election, added that all 89 nominations proposals were found to be valid, and Rahul had been elevated to the top post since he was the only candidate in the fray.

He will take over the reins of the party from his mother and current president, Sonia Gandhi, on December 16. Sonia has held the position for 19 years.

Gandhi, 47, has been groomed to lead Congress virtually since birth and faced no challengers for the post occupied for the past 19 years by his mother, Sonia.

Gandhi, who attended Cambridge University and worked as a management consultant before entering politics in the 2004 elections, will also need to dispel doubts about his appetite for the cut and thrust of Indian politics.

The 131-year old Congress party ushered India into independence in 1947 and has ruled the country for most of its history, but sustained a humiliating rout in the 2014 national elections.

Its subsequent loss of major state legislature to the Bharatiya Janata party has led some to conclude the Congress’s ostensibly secular brand of politics has been superseded by Modi’s more populist Hindu nationalism.

Research conducted earlier this year by the Pew Research Center, a US-based thinktank, showed 58% of Indians viewed Gandhi positively compared with 88% for Modi.