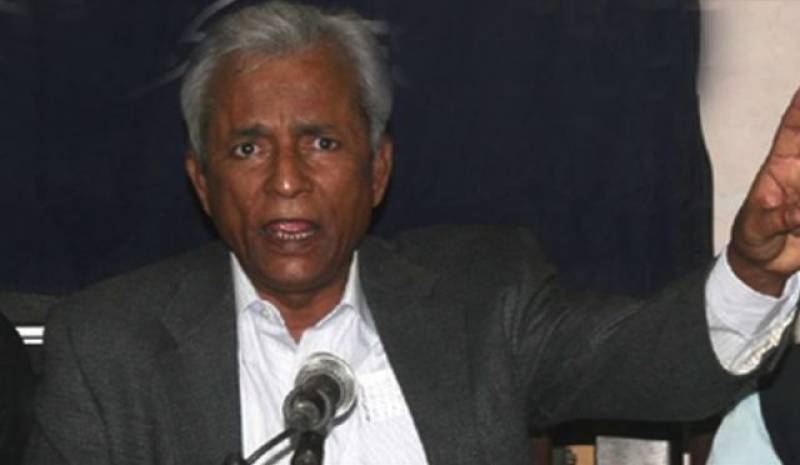 ISLAMABAD - The Supreme Court of Pakistan on Monday indicted former Senator Nehal Hashmi in a contempt of court case.

Defending his client, Senator Nehal Hashmi's lawyer remarked that “Even Satan was issued a warning first."

“We are just indicting your client, not sending him to jail,” replied Justice Ijaz-ul-Ahsan.

Proceedings of the Nehal Hashmi contempt of court case were conducted during which the senator was indicted for using threatening languages against members of the JIT, which was held in contempt of court.

Proceedings in the Nehal Hashmi case have been suspended till July 24.

The former senator has been facing a charge of threatening 'those investigating' Sharif family' in a video.

A counsel for Hashmi read out the controversial part of his clients' speech in the court, at which Justice Sheikh Azmat Saeed confirmed whether or not this was part of the address.

"Yes, it is a part of that address," Hashmi's lawyer Hashmat Habib replied, explaining it was presented in a wrong way.

Hashmi was seen telling an audience invisible in the short video clip, “You are on duty today. Remember, you will be retiring tomorrow. We will make your life and [those of] your family members miserable in Pakistan.”