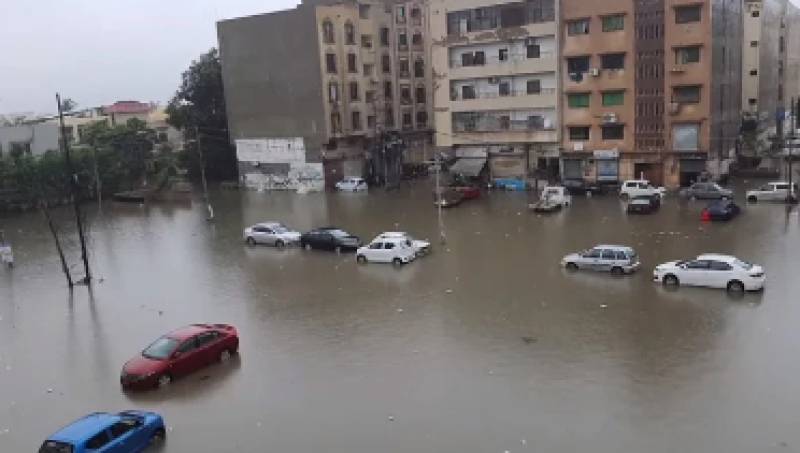 The overnight showers caused rainwater to accumulate on roads and in neighbourhoods. The prolonged power outages also added to the miseries of the Karachiites.

The heavy downpour also claimed the lives of two citizens. According to a police statement, two people died after being electrocuted in the city’s Garden area.

The deceased were identified as 28-year-old Atif and 25-year-old Hassan. The bodies were shifted to Civil Hospital Karachi while further investigation is under way, the statement said.

Separately, the traffic police said that the Submarine Chowk underpass, KPT underpass, and the one near the shrine of Abdullah Shah Ghazi were closed due to accumulation of rainwater.

The K-Electric spokesperson claimed that the power supply system within its territory was stable.

“Most areas of the city continue to receive power from more than 1,770 feeders out of 1,900,” he said. He added that around 130 feeders were closed as a precautionary measure due to reports of power theft or accumulation of rain water.