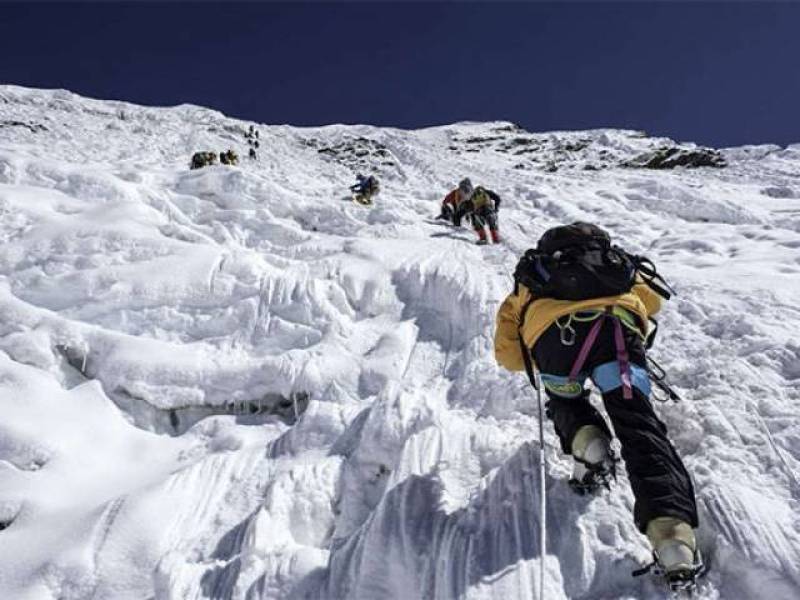 ISLAMABAD (Web Desk) - An Italian mountaineer died during a skiing accident in northern Pakistan´s Gilgit-Baltistan region as he attempted to descend a 6,000-metre (19,685-foot) peak, the Alpine Club of Pakistan said on Saturday.

"Leonardo Comelli, 27, an Italian alpinist lost his life on Thursday while making a ski descent from the 6,096-metres high Laila Peak," Karrar Haideri, spokesman of the Alpine Club of Pakistan said.

The alpinist had been a member of a four-person team that arrived in Pakistan´s Karakoram range in late May to summit the peak but were forced this week to retreat just 150 metres below the top due to bad weather, according to the club.

Haideri said the team then began the first attempt to ski down Laila Peak when Comelli crossed his skis and lost his balance, falling 400 metres down the rugged terrain to his death, a foreign news agency reported.

The other three members of the team were safely able to retrieve the body and ski down the mountain. According to the Alpine Club, Comelli started rock climbing at 16 and was also a photographer.

Northern Pakistan is a magnet for mountaineers and is home to some of the tallest mountains in the world, including K2 – the world´s second highest peak standing at 8,611 meters - which is often deemed a more challenging climb than the highest peak, Mount Everest.