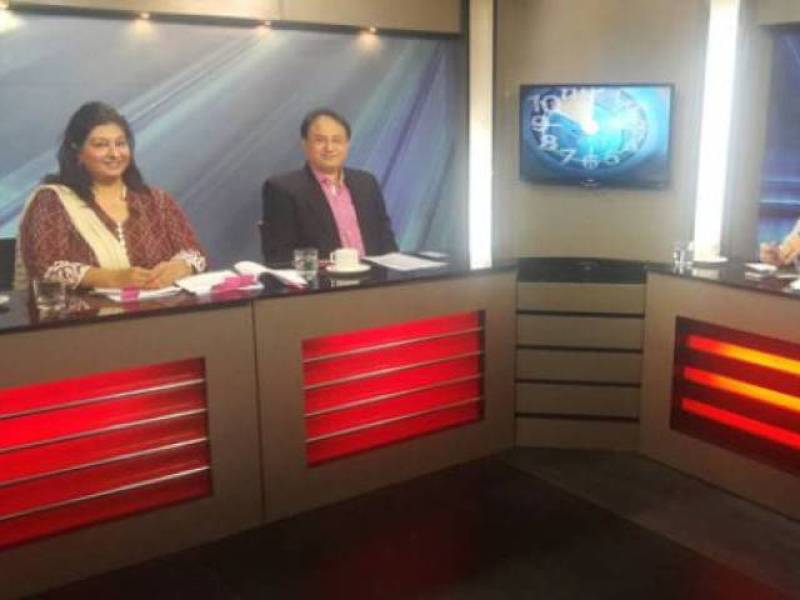 Barrister Masroor used the words 'pee k soey hue hain' (sleeping after getting intoxicated) for the CII chairman and his fellow JUI-F member Maulana Sherani. Hamdullah was of the view that Barrister Masroor should not have said this.

When Marvi Sirmed supported the stance of Barrister Masroor, Hafiz Hamdullah got angry at the activist and kept on interrupting her afterwards. Eventually, he resorted to a string of abuses which were omitted by NewsOne.

This is not the first time Senator Hamdullah has used abusive language against a woman on TV. Earlier, he verbally abused television anchor on another issue related to women.