Mullah Omar lived and died close to US base in Afghanistan: Dutch journalist uncovers mysterious life of Taliban leader 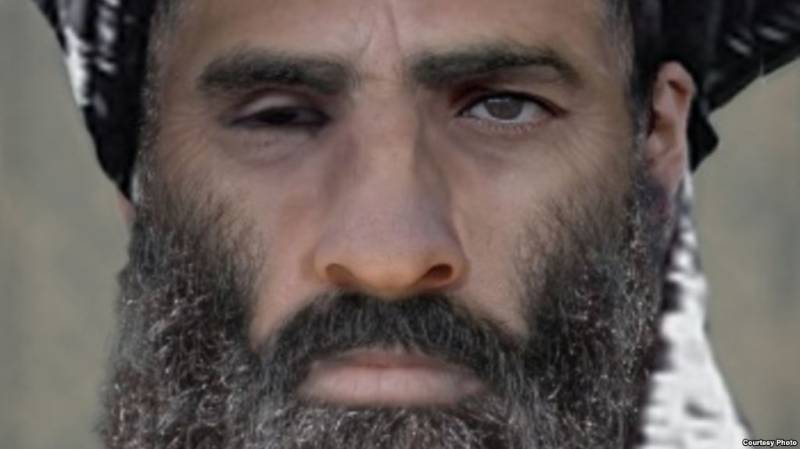 WASHINGTON -  The former leader of the Taliban, Mullah Omar lived within walking distance of US bases in Afghanistan for years, and died in the same country, a new book has revealed.

Bette Dam, a Dutch journalist, has exposed the failure of US intelligence as American troops once searched the house where he was hiding but failed to find a secret room built for him.

The biography by Dam in Dutch is being translated and shared by Zomia thinktank and a summary of some findings confirms that the fugitive Taliban leader lived in Afghanistan and even refused any kind of treatment from Pakistani doctor.

The accounts also confirm that the US intelligence failed to locate the one-eyed Taliban leader with its eyes wide open; Omar died and was buried in Afghanistan as per the sensational biography putting to rest allegations by the Afghan regime in 2015 that he died in Pakistan.

“The government ... based on credible information, confirms that Mullah Mohammad Omar, leader of the Taliban died in April 2013 in Pakistan,” the Afghan presidential palace had said in a statement in 2015 which now stands false on the basis of the latest biography.

KABUL (Web Desk) - Mullah Omar, founder of the Afghan Taliban, died of natural causes in Afghanistan, his son said in a ...

Bette Dam sat with Afghan officials and Taliban leaders to document the life of Mullah Omar, however, the most chilling conversations about the whereabouts of the former Taliban leader were with Jabbar Omari who hid, protected and fed him until his death.

Jabbar Omari had been a provincial governor when the Taliban ruled Afghanistan, but gave up any active role in the movement to serve as a kind of bodyguard to Omar after 2001 until his death.

In an interview in a Kabul safehouse, Omari lift the lid off Mullah Omar's secretive life that for the first four years of the insurgency Omar lived in the regional capital, Qalat, within walking distance of the Afghan governor’s compound and the area later chosen to house the main US base for the area, forward operating base (FOB) Lagman.

Omar's wives moved to Pakistan and he [Omar] refused my offer to bring his son to visit, Omari said in the interview.

His shelter was the home of Abdul Samad Ustaz, Omari’s former driver, who was then operating a taxi. It was a small compound, with a courtyard and adobe home concealed behind high walls that are traditional for privacy in much of Afghanistan.

He created a secret room in the corner angle of the L-shaped residential building, its entrance a door hidden behind what looked like a high cupboard on the wall.

The family were not told the identity of their guest, only that he was a high-level Talib and that they would be killed if they spoke to anyone about it.

“I have frightened my wife,” Ustaz told a friend at the time.

What ratifies the failure of US intelligence is that the American forces nearly stumbled across Omar twice but were unable to hunt him down.

"The first time, a patrol came by as Omar and Omari were in the courtyard. Seized with fear at the sound of approaching footsteps, they hid behind a high pile of firewood, and the soldiers passed without entering," the biography states.

The second search was even more close to Omar as US troops searched the house housing Taliban leader but did not find the concealed entrance to the secret room and Omari was unaware whether the search was a routine patrol or in response to a tip-off.

When US troops began building FOB Lagman in 2004, just a few hundred metres from his hideout, Omar decided to move and relocated to a remote hamlet, little more than a cluster of houses, beside a river that sometimes ran dry, around 20 miles south-east of Qalat, in Shinkay district.

There, Ustaz (Omari’s former driver) built Omar a small shack on the edge of the river, connected to underground irrigation channels that ran up into the hills and could offer a possible escape route for any danger of search.

Even after relocation, Omar was not safe because the US started building another base just three miles away. At the peak of the war, Forward Operating Base Wolverine was home to over 1,000 troops from the US and the other Nato nations supporting them but they all failed to track down the fugitive Taliban leader who did not relocate again.

“It was very dangerous for us there. Sometimes there was only a table width between us and the foreign military,” Omari told Dam adding that Omar rarely went outside, except to take the sun in winter, and would often hide in the tunnels as US planes flew over or troops passed by.

Omar’s hideout was at the back of a house occupied by an extended family of Taliban supporters and only two brothers knew the identity of their guest, but everyone in the village was aware that a senior Taliban was laying low in their area.

Omar started to receive gifts of food and clothes from the villagers after the Afghan government was alleged of corruption and civilian casualties grew in anti-terror operations.

Omar's Connection With Outside World

"He would go for days barely talking, his only interaction being with his guard and cook when they washed together in the kitchen before prayers, Omari said. Omar had an old Nokia mobile phone, without a sim card, that he used for recording himself chanting verses from the Qur’an," the biography reveals.

The Dutch journalist narrates that Omar very occasionally got in touch with the wider movement via a trusted messenger whom Omari refused to name but the individual travelled every few months between the leadership in Quetta and Omar’s hiding place and carried cassette recordings of messages from Omar.

The 'messenger' was later picked up by Pakistani intelligence and questioned, following which Omar reverted to simply telling the man what he wanted to be conveyed to the leadership.

After delegating power in 2001, Mullah Omar was not so active, though statements were issued in his name every Eid. Apparently, Omar had assumed the role of a spiritual leader, being called on very occasionally for counsel when the movement was split.

Most significantly he was asked about plans to open an office in Doha for negotiations with the US and other negotiators, and gave the project his blessing.

"The only other recorded attempt at intervention was a call in 2007 to the Taliban leader in Helmand province to release two men accused of killing his brother. It is not clear if the message reached the Helmand leader and he defied it or if it arrived too late or got lost in transit, but the two men were beheaded," Dem narrates in her sensational book.

Dem's biography states that Omar fell ill in 2013 with coughing, vomiting, and eventually losing his appetite, but he refused any form of medical care. Omari also offered to bring him a doctor or drive him to Pakistan, but Omar refused such offers and died on 23 April.

Omari buried him that night and made a video to show to Omar’s son Yaqub and half-brother Abdul Manan as they had not seen Omar since 2001, but travelled to his hideout several days later and insisted on opening the grave to confirm it was him.

They confirmed that it was Omar’s corpse buried in a simple grave in a remote corner of Zabul, but it would be two years before they admitted to their own fighters, and the rest of the world, that the one-eyed ascetic who once defined their movement had died.

Omar regularly listened to the BBC’s Pashtu-language news broadcasts in the evenings, but rarely commented on news of the outside world even when he learned about the death of Osama bin Laden.

The US and global experts had pinned blame on Pakistan for its 'failure' to locate Osama bin Laden who lived close to a military base, however, the US also failed to track down Mullah Omar despite being yards away from him and even searching the house he was occupying.

The journalist who has portrayed the life of Mullah Omar is not a neophyte as Bette Dam has been reporting from Afghanistan since 2006 and previously published an account of the former Afghan president Hamid Karzai’s rise to power and is a guest lecturer on Afghanistan at Sciences Po in Paris.