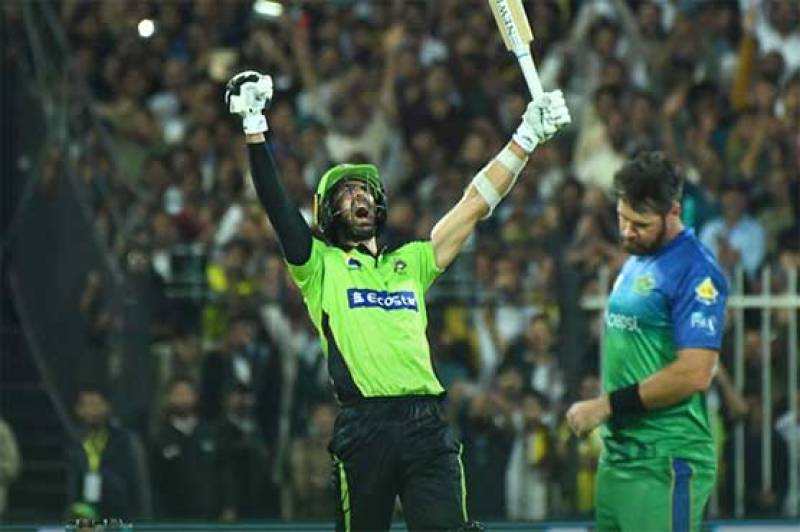 KARACHI - Multan Sultans beat Lahore Qalandars by seven wickets in the PSL 2019 on Monday, as both teams are out of the race to the playoffs.

Lahore set 141 runs target for Multan which they successfully chased down in 13 overs.  Shan Masood top scored with 48 from 25 balls and Johnson Charles added an unbeaten 41 runs in the chase to the finish line.

David Weise and Haris Rauf took one wicket each.

For Lahore, Fakhar Zaman top-scored for Qalandars with 53 off 36 balls, while David Wiese contributed 30 from 22 balls.

Multan Sultans restricted Lahore Qalandars to 140 in the 29th match of the Pakistan Super League PSL season 4  at the National Stadium on Monday.

Fakhar Zaman scored 53 off 36 balls, while David Wiese contributed 30 from 22 balls, after winning the toss and elected to bat first the dead-rubber contest.

Brilliant bowing performance from Mohammad Abbas and Shahid Afridi help Sultans restrict Qalandars to 140. Can Qalandars defend this or is this Punjab Derby going to be won by Sultans?

Multan Sultans won the toss and decided to field first against Lahore Qalandars in the 29th encounter of the Pakistan Super League on Monday.

The clash at the National Stadium Karachi is a low-stakes encounter as both the contenders are already out of the fourth edition of the ongoing Pakistan Super League. 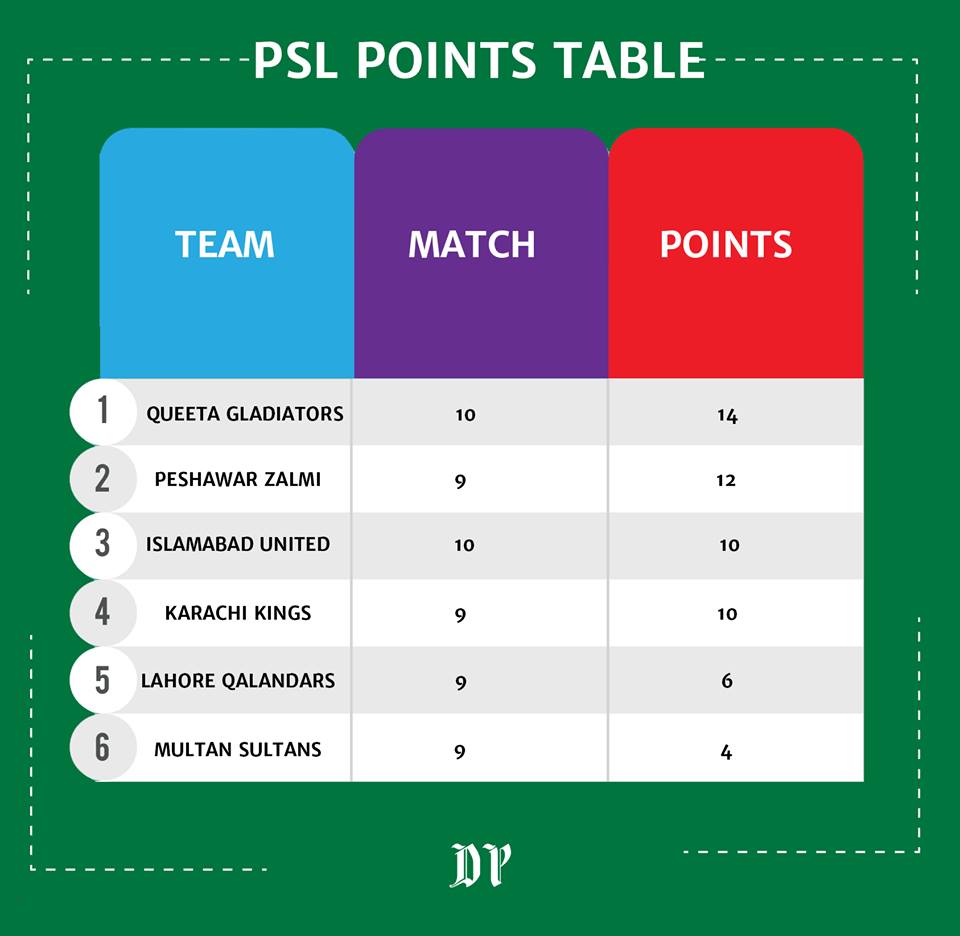 Qalandars have been unfortunate for the fourth time as well as Islamabad United defeated the team on Saturday.

On the other hand, Multan Sultans took part in the clash for the very first time, however, they managed to bag two victories in nine matches; the franchise is owned by Ali Tareen, son of former Pakistan Tehreek-e-Insaf secretary general Jahangir Tareen.