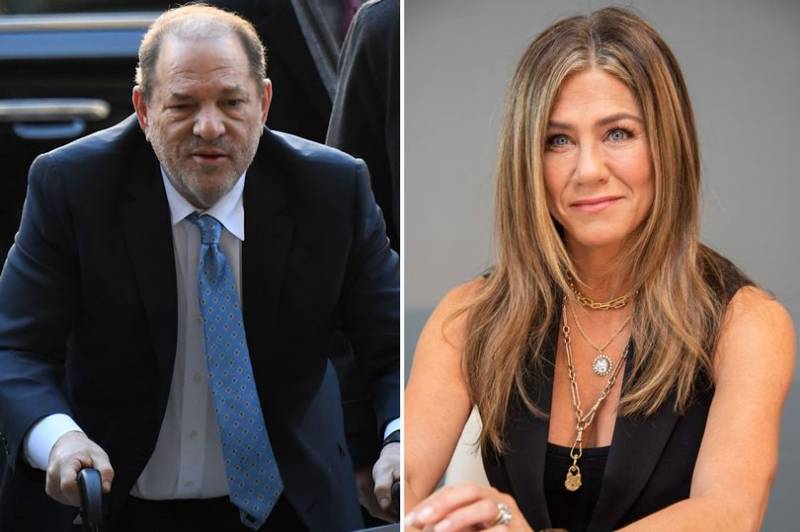 NEW YORK - Harvey Weinstein in his alleged email has suggested that Jennifer Aniston "should be killed". The email was included in unsealed court documents.

The disgraced Hollywood producer, who faces up to 25-years in prison, allegedly asked for help in emails sent to two dozen influential people.

According to reports, the 67-year-old wrote an email suggesting 'Friends' star Jennifer Aniston – who he thought had complained about his behaviour – should be killed. In the document, he reportedly added that he wanted to "repair his reputation" and "excuse his behaviour" following the sexual assault allegations.

The emails are part of over 1,000 pages court documents unsealed in Weinstein’s criminal case this week, ahead of the disgraced movie mogul’s sentencing on Wednesday. Earlier this month, Weinstein was found guilty on the lesser counts of criminal sexual acts in the first degree and third-degree rape.

Weinstein is facing up to 25 years in prison on the first-degree charge, with a minimum of four years, as well as up to four years on the third-degree charge.