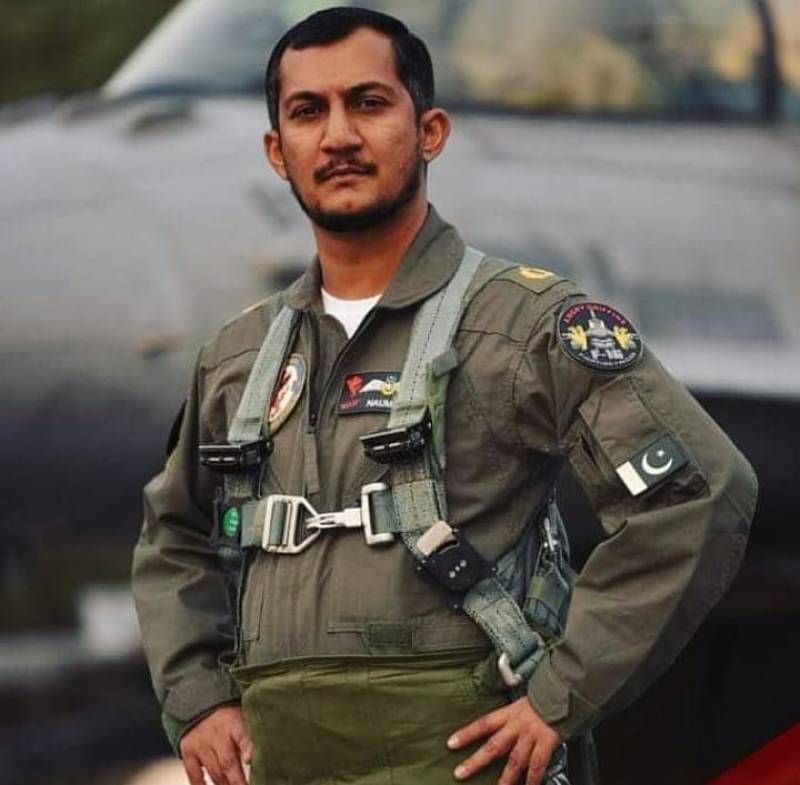 Akram was martyred on March 11, 2020, when his F-16 fighter jet crashed near Shakarparian, the federal capital’s urban wilderness, while participating in a rehearsal for the Pakistan Day parade.

The clip of the crash was filmed and the aircraft could be seen performing a vertical loop maneuver before crashing.

A year ago we lost the “ Top Gun “ Wing Commander Noman Akram member of No.9 Squadron. He was a winner of sher Afgan Trophy. Embraced Shahadat while 23th March rehearsal. pic.twitter.com/pH3RZWeQEj

Warriors never forget and leave their gladiators behind.

Noman Akram, son of Brigadier (retd) Muhammad Akram, won the coveted Inter Squadron Armament competition of PAF in October, 2019 being declared the best marksman. The No 9 Squadron enjoys the unique distinction as it had been commanded by seven chiefs of the air staff on different occasions.