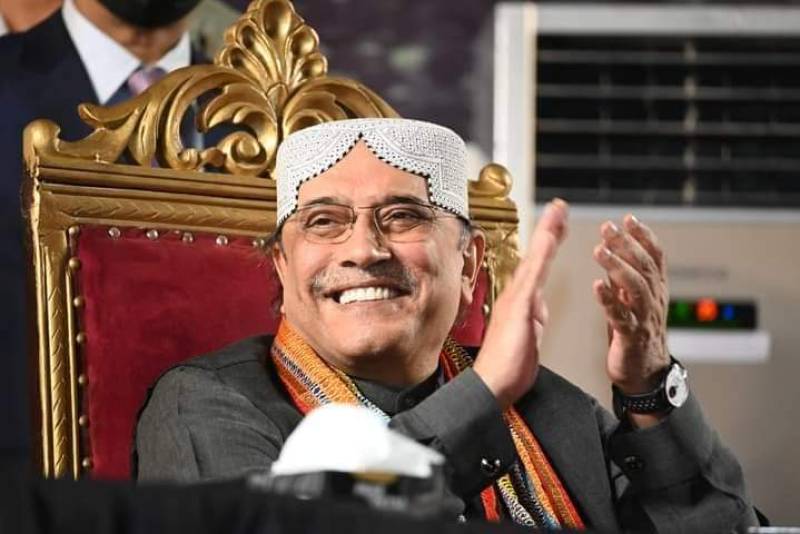 Speaking in a presser, the seasoned politician said PPP is not afraid of elections, mentioning that he talked to former PM Nawaz sharif last night on phone.

PPP leader said he apprised PML-N supremo and made him understand that as soon as reforms are complete, we can go to elections.

Whether it takes 3 or 4 months, we have to work on implementation of policies and improving the electoral process," he added.

PPP Co-chairman also called for ‘out of the box’ solutions to fix the country’s dilapidating economy. He said the country of 221 million would suffer economic difficulties unless the International Monetary Fund (IMF) loan program gets back on track.

The former President added that the incumbent government was reluctant to increase the petrol prices as it would further burden the distressed masses. Zardari also advised the government to privatize some institutions to relieve the burden off the exchequer.

Responding to a question in the national presser, the seasoned politician appraised state institutions, saying the military had become truly neutral and decided not to meddle in politics for the first time in the history of South Asian country.

Commenting on backlash about the government’s plan to roll back the overseas Pakistani voting rights, the PPP leader said the current government has no such plan. He mentioned that PPP is ready to allocate reserve seats for Overseas Pakistanis, like minorities and women.

LONDON – Federal Defence Minister Khawaja Asif on Wednesday said that the general elections in Pakistan could be ...