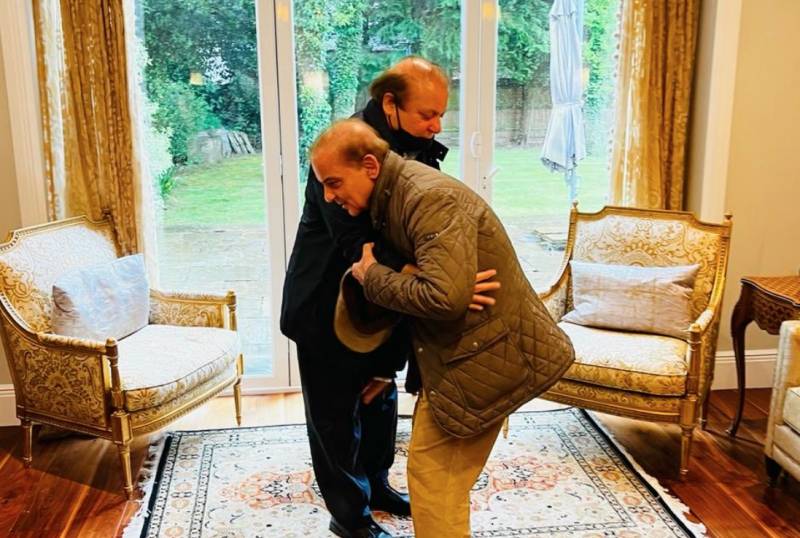 PML-N Vice President and Sharif's daughter Maryam Nawaz shared heartwarming pictures of the meetup. The premier can be seen hugging his elder brother Nawaz Sharif in one of the snaps.

Sharif brothers were expected to meet at Hassan Nawaz’s office at Stanhope House however, in wake of protests from the PTI, the venue of the meeting was kept secret while media correspondents waited at Stanhope House.

Earlier in the day, PM Sharif along with his delegation, touched down at Gatwick Airport’s south terminal as his flight took off from Islamabad around 12:00 am last night.

PML-N leaders including Ahsan Iqbal, Marriyum Aurangzeb, Saad Rafique, Khurram Dastagir, and others will also accompany PM on the visit.

Nawaz Sharif summoned the meeting to consult some important issues he has reservations. Last month, the PML-N supremo had met PPP Chairman Bilawal Bhutto Zardari — a key ally in the ruling coalition — in London to discuss ways forward after a “constitutional victory for democracy, the rule of law and supremacy of parliament”.