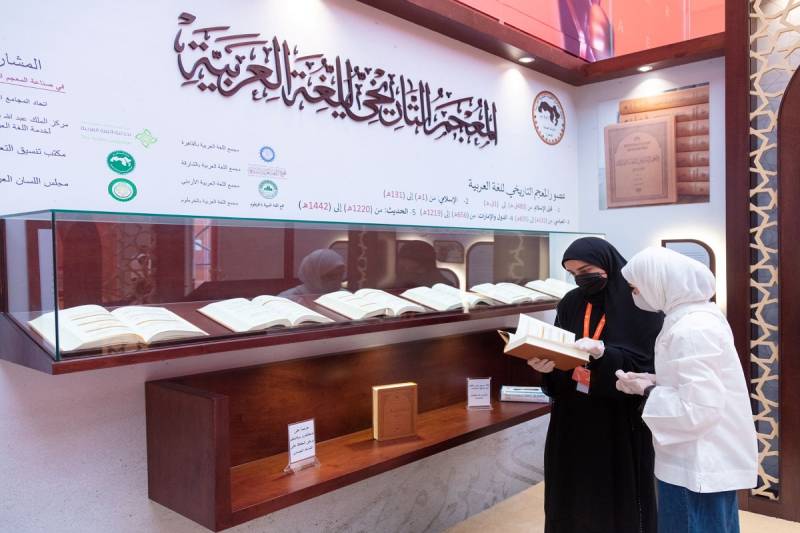 SHARJAH - For the UAE’s language enthusiasts eager to learn more about the historical development of the Arabic language – one of the most celebrated and richest languages of the world – Sharjah’s Arabic Language Academy (ALA) pavilion, in the Hall 5 corridor at the ongoing Sharjah International Book Fair (SIBF 2020) is the place to be.

Here, visitors not only will be given an introduction to the Arabic language by leading linguistic experts in the UAE, but they will also have the opportunity to browse through ALA’s recent accomplishment that has made history in the field of language studies: the first eight volumes of their flagship project, The Historical Corpus of the Arabic Language, launched by HH Sheikh Dr. Sultan bin Muhammad Al Qasimi, Member of the Supreme Council and Ruler of Sharjah.

The project has been hailed as an unprecedented and monumental achievement for the Arab world, as this will be the most comprehensive historical corpus chronicling 17 centuries of the language.

These eight volumes document the original root of words starting with letters ‘hamzah’ ء)) and the ba (ب) and outline their fascinating evolution throughout five distinct time periods in history: Pre-Islamic period, the Islamic era from 1 AH to 132 AH, the Abbasid Caliphate from 133 AH to 656 AH, the development of nation-states from 657 AH – 1213 AH, and the modern-day era from 1214 AH to date.

While at SIBF 2020, ALA is also showcasing the latest and past issues of their quarterly magazine Al Arabia Lisani (Arabic is my language), which is dedicated to highlighting the latest studies by Arabic language experts. The ALA pavilion is also showcasing the developmental phases and implementation process of the Historical Corpus project, through informational posters and a video featuring interviews with members of the project’s executive committee.