Erdogan joins Putin to go against USA on Syrian war 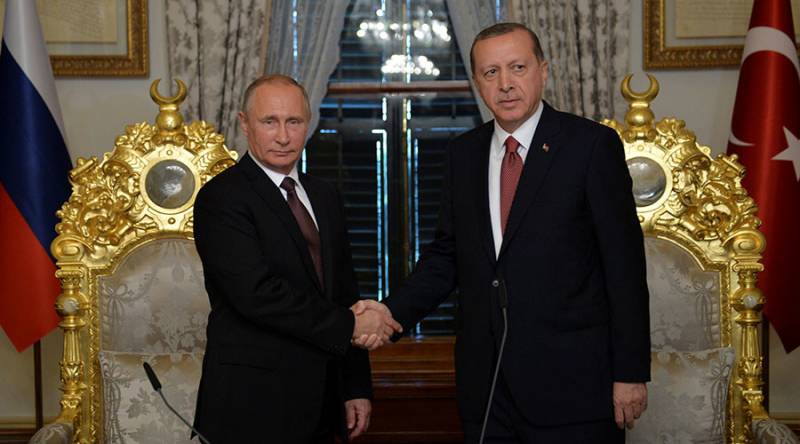 ISTANBUL - Turkey which initially jumped into the Syrian conflict as US ally has now announced that it stands with Russia seeking an end to the bloodshed in Syria.

Addressing joint press conference in Istanbul, both Russian President Vladimir Putin and his Turkish counterpart Recep Tayyip Erdogan agreed that UN Special Envoy for Syria Staffan de Mistura's proposal of demilitarization of Aleppo should be implemented by all means to end violence.

Putin said: "Both Russia and Turkey stand for the earliest cessation of bloodshed in Syria. In Russia we think that the switch to a political settlement must happen as soon as possible. We suppose that everybody, who wants peace, should support this proposal."

The two countries also decided to further strengthen the bilateral military relationship and the intelligence sharing.

The Russian President also offered Turkey to develop a large-scale military-technical cooperation between the two states.

On the occasion, President Erdogan explained that Turkish military intervention in Syria is merely limited to provision of aid and assitance to the civilians –a cause also backed by Russia.

"We thoroughly discussed the Syrian issue...We specifically talked about what strategy we may choose in order to help, from a humanitarian point of view, the inhabitants who are in a dire situation, especially in Aleppo," Erdogan said.

Before the media talk, the two leaders also an intergovernmental agreement on the Turkish Stream pipeline project which aims to create a major energy hub in Turkey.