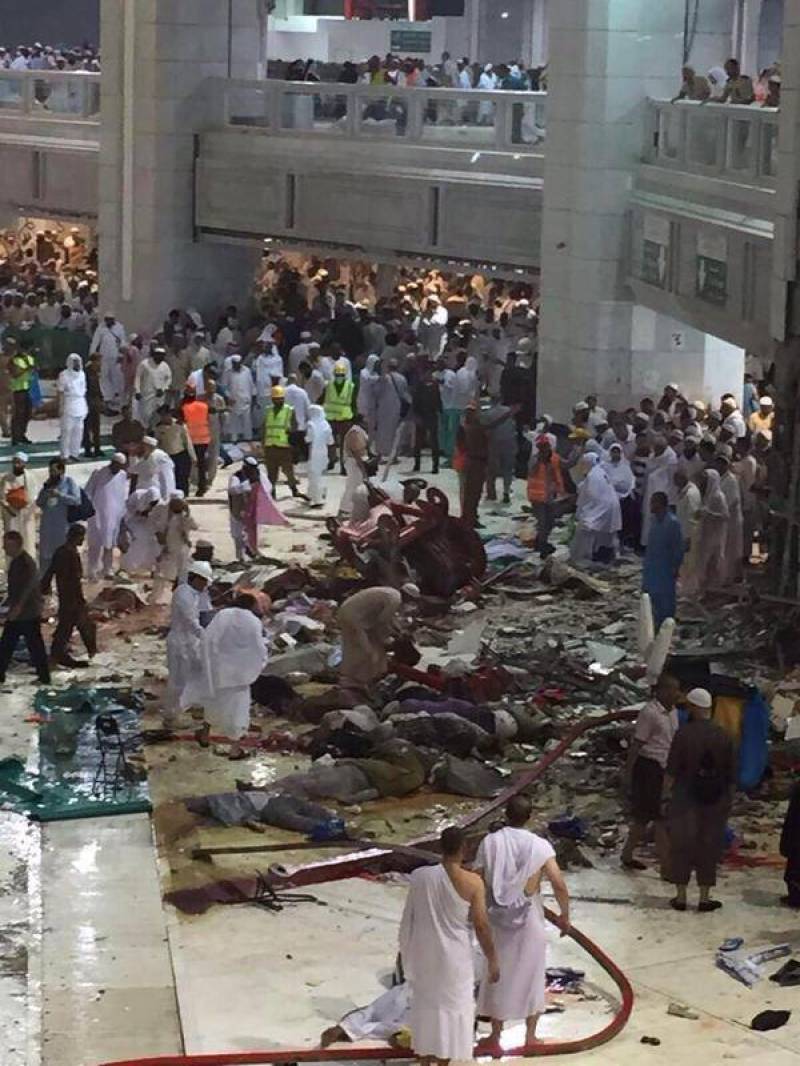 Makkah (Web Desk) - At least 108 people have been killed and 238 others injured when heavy rains toppled a on the pilgrims in Haram Sharif, Makkah, Saudi Arabia's civil defense authorities said on Twitter.

Earlier, at least 87 people were martyred and more than 184 injured when storms caused a crane to fall in Saudi Arabia's Grand Mosque in Mecca on Friday, Saudi-owned Al Arabiya television reported.

A crane buffeted by strong winds collapsed and crashed through the roof of the Grand Mosque in Mecca Friday, killing many pilgrims who were in the city for the annual pilgrimage, according to Al Arabiya and other Middle East news sites.The Khaleej Times says there are "many casualties."

The Saudi Civil Defence authority confirmed the incident on Twitter.

Photos sent by Twitter show numerous blood-covered bodies strewn on a marble floor. The arm of a huge crane appears through a large hole in the roof of the mosque.

More than 3 million Hajis are expected to make pilgrimage this year. 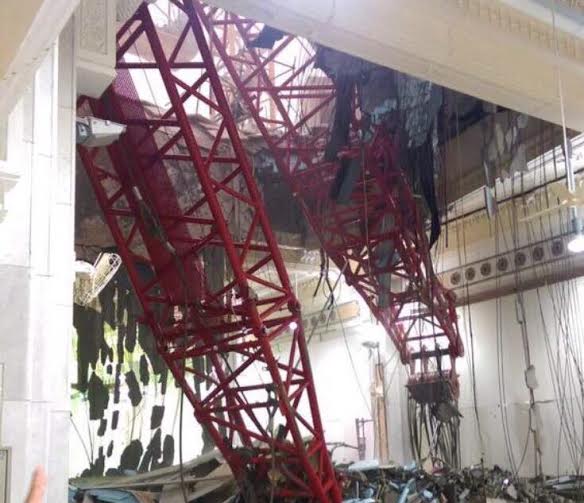 VIDEO: Due to heavy rain in Makkah a crane fell on the pilgrims in Haram causing heavy casualties on Friday evening. — Courtesy Social Media