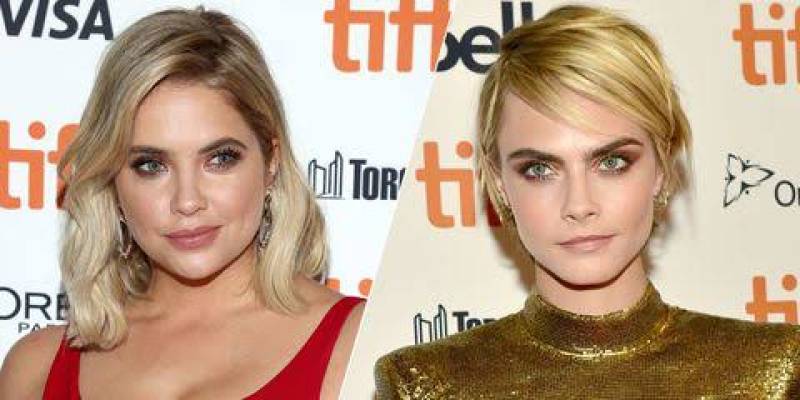 Eyebrows were raised when former model Cara Delevingne and actress Ashley Benson were pictured holding hands and even kissing each other however nothing was official until now! Pretty Little Liars actress made it clear on instagram that the duo is dating and its more than just friendship. 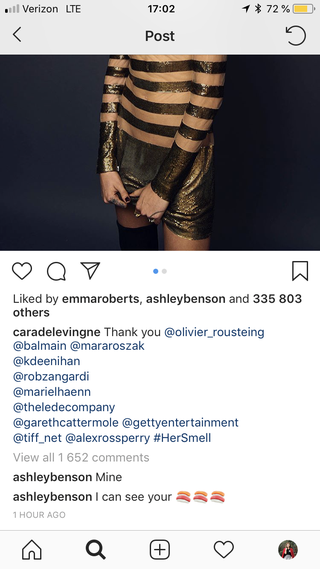 Ashley left a flirtatious commented on the picture of Cara “Mine” which confirms the duo is dating!! Cara in return commented on Ashley’s picture being more playful rather than confirming it any further. 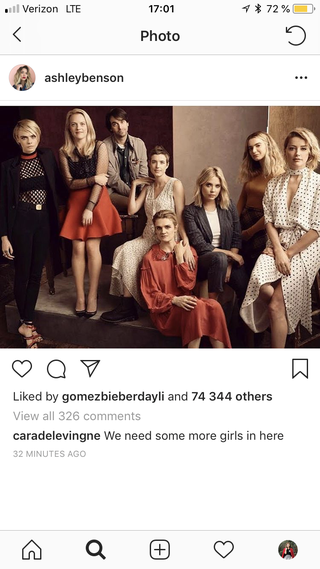 The duo has been attending events and enjoying the public eye. They were seen together at the Toronto Film Festival in Canada but we didn’t get any PDA like before. We hope the keep their fun on social media active so we can get more scoop.