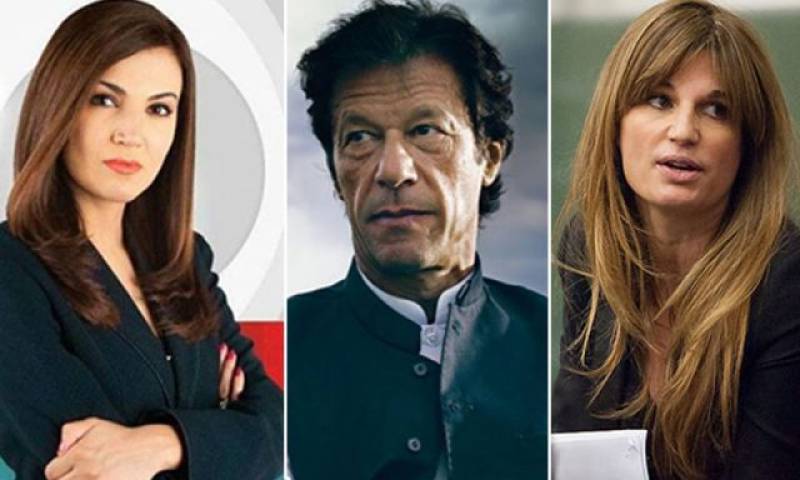 LAHORE - Lollywood actress  Resham while giving an interview to a media person shared her views regarding Prime Minister of Pakistan Imran Khan's ex-wives.

The actress said that  Reham Khan is the ‘worst example’ for women while Jemima Goldsmith is the ‘best example’.

She further said that Reham singled out those who had no scandals in the past, including herself and Hamza Ali Abbasi. “Who really knows Reham? No one knows her,”  Resham remarked, adding that Reham only put the aforementioned people in her book to attract audiences.

“The book is full of lies.” the actress stated and she was of the view that the book by former Samaa TV host is of no importance and it was just to make people hate Imran Khan.

Reham Khan also responded to  Resham and called it ‘comedy’.

Khan also tweeted in a sarcastic manner after the views of Resham came to her notice. The ex-wife of Imran Khan wrote:

Actually I did not put the Resham story in the book or in any notes anywhere. 🤔https://t.co/aPNKIjBAZR

She also laughed saying that she is in a way providing jobs for many artists out there:

A couple of actors trying to become relevant get jobs. I think I have created more job opportunities than most politicians 😁 https://t.co/5NKdRJDDOj

What do you think regarding these statements by Resham and Reham Khan? Do share your views with us.