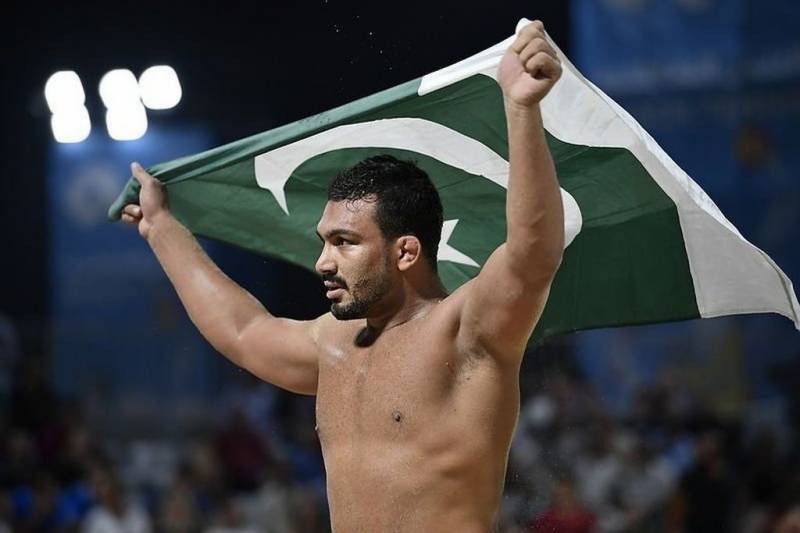 He defeated a Ukrainian wrestler in the semi-final round by 3-1. He has requested fans to pray for his success in the final round.

Earlier in the day, the 32-year-old wrestler downed Romanian counterpart in quarter finals to head to the semi-final.

On Friday, Butt overpowered Azerbaijan’s Ibrahim Yusubov and Georgian Dato Marsagishvili in his opening fights while competing in the 90kg category and reached the quarter final round.