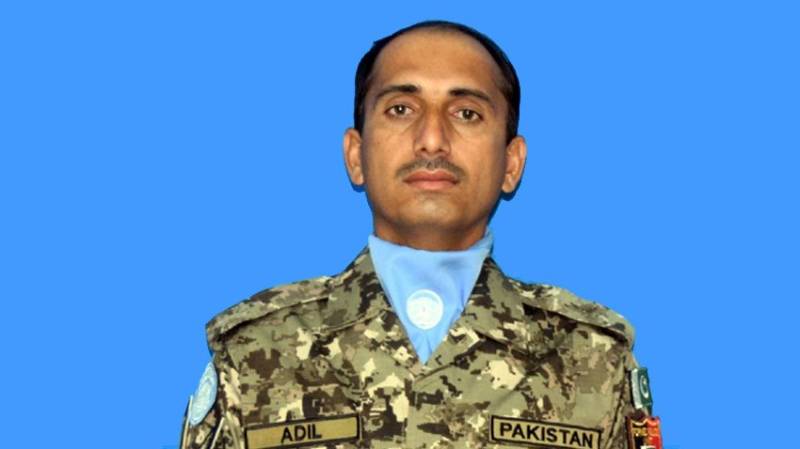 RAWALPINDI – A Pakistani peacekeeper serving with the United Nations Mission in Darfur, Sudan embraced martyrdom while on duty, a press release issued by the military’s media wing said Saturday.

According to the Inter-Services Public Relations (ISPR), Lance Naik Adil Jan, 38, has embraced martyrdom while serving in the UN mission in Darfur. The valiant Pakistani belonged to Balochistan Frontier Corps.

Jan was part of the UN mission Darfur responsible for the protection of civilians and facilitating humanitarian assistance.

Pakistan Armed Forces peacekeepers have a long and distinguished history of serving with the United Nations.

At least 161 Pakistani peacekeepers have laid down their lives as part of global peace missions for international peace and stability and the South Asian country is the sixth-largest contributor of uniformed personnel to UN Peacekeeping, currently deploying more than 4,700 military and police personnel to the UN peace operations.

Pakistan's support for UN Peacekeeping started in 1960 when the country deployed its first-ever contingent in Congo. Pakistani Army Peace Keepers have participated in 43 UN Peacekeeping Missions including some of the difficult ones.