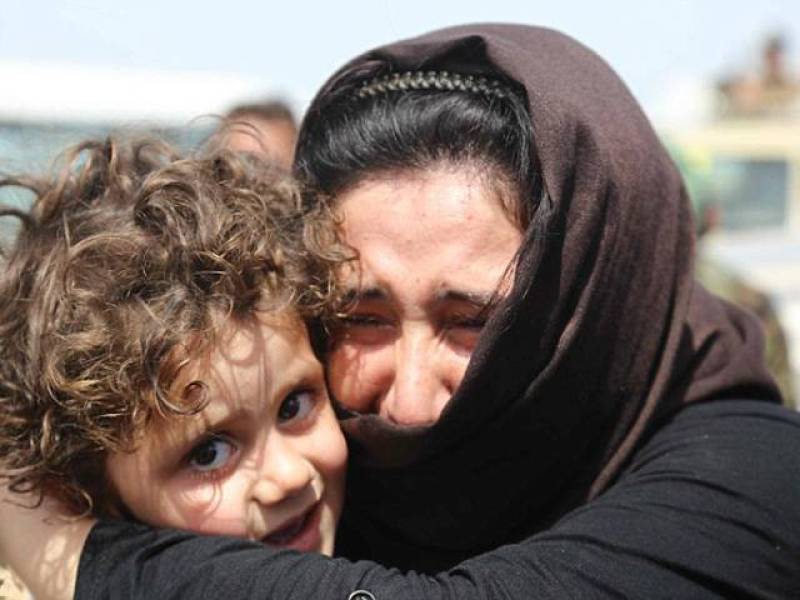 The girl has recently been released after nearly a year as a prisoner in the Islamic State, where women and young girls from the religious minority are known to be kept as 'sex slaves'. 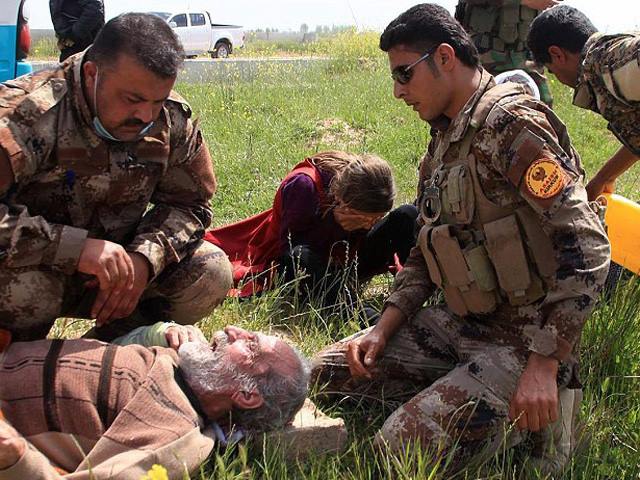 According to aid workers, she was 'sexually abused by no fewer than ten men', while in captivity inside the self-proclaimed caliphate.

'Most of them were front-line fighters or suicide bombers who are given girls as a reward,' Yousif Daoud, a Canadian-based aid worker told the Toronto Star.

'This girl is so young she could die if she delivers a baby,' he added. 'Even a caesarian section is dangerous. The abuse she has suffered left her mentally and physically traumatized.' 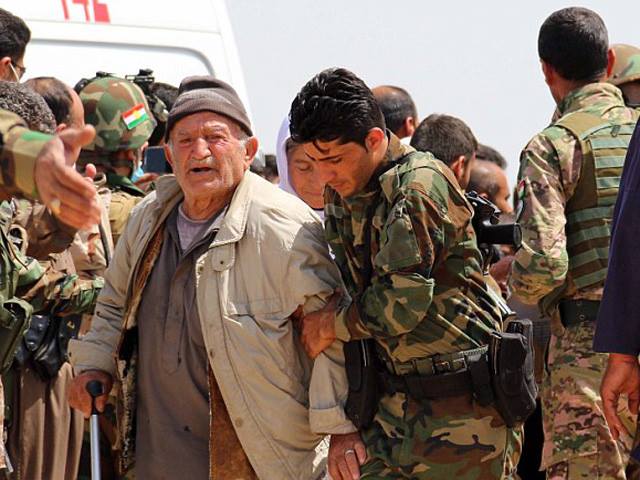 Earlier this week, more than 200 Yazidi women, children and elderly were released near Kirkuk, northern Iraq after being taken by ISIS militants last June.

The nine-year-old was taken to Germany by a Kurdish charity earlier this week, where she is receiving medical care, the newspaper reported. 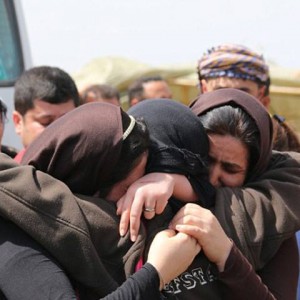 This comes after the releaseof 216 Yazidi prisoners who had been held captive since last summer when ISIS militants attacked their villages in the area around Sinjar in northwestern Iraq.

Hundreds have been able to return, either by fleeing or being set free by ISIS, and the nine-year-old is among them.

The freed prisoners said that they had been led to believe they were being led to their execution, but instead, were piled onto a minibus that drove them to peshmerga positions. 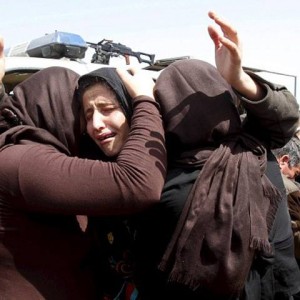 The Yazidis, made up of women, children and the elderly, are said to be in poor health and bearing signs of abuse and neglect.

General Hiwa Abdullah, a peshmerga commander in the northern Iraqi city of Kirkuk, said that about 40 children are among those released, some of whom were too exhausted and disoriented to speak.

No reason was given for the release of the prisoners, which took place in Himera just southwest of Kirkuk, 180 miles north of Baghdad. 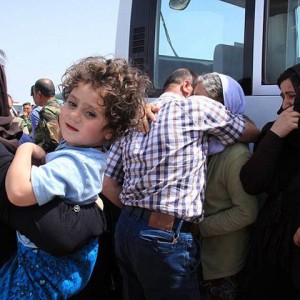 The freed Yazidis were taken away by ambulances and buses to receive treatment and care.

One elderly woman said she had been captured by the insurgents last August when they overpowered Kurdish forces in the Sinjar area and proceeded to purge its Yazidi population, killing hundreds and taking thousands captive.

The woman, who asked not to be named, said she had told her son and two young daughters to run away as the militants closed in, but stayed behind herself because she was unwell and did not want to slow them down.

'I had lost hope of seeing my children again, but today it has happened,' she said as they embraced her and wept.

It was not clear why the radical jihadists had decided to release the Yazidis, whom they consider devil-worshippers, but the group previously freed 200 more it was holding under similarly mysterious circumstances. 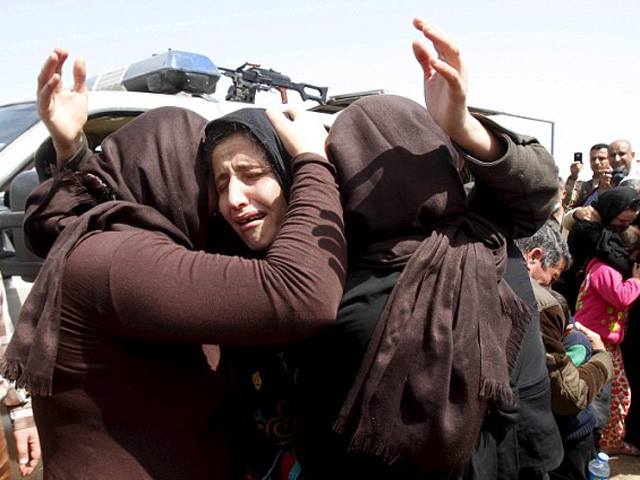 Some of the Yazidis said they had been held in the Islamic State stronghold of Tel Afar most of the time, but in the days leading up to their release, they were moved from one town to another in Islamic State's self-proclaimed caliphate.

Yazidi community leaders were there to receive them and an ambulance was on standby.

Yazidi activists say many remain in the hands of Islamic State, which has often subjected women to rape or sexual slavery. 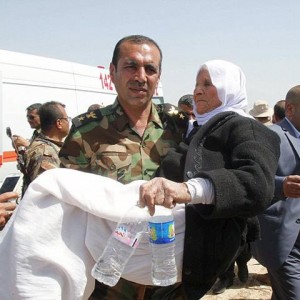 The United Nations said last month that the Islamic State may have committed genocide against the minority.

The Yazidis are an ancient, predominantly Kurdish people who follow their own religion derived from Islam, Christianity and Zoroastrianism.