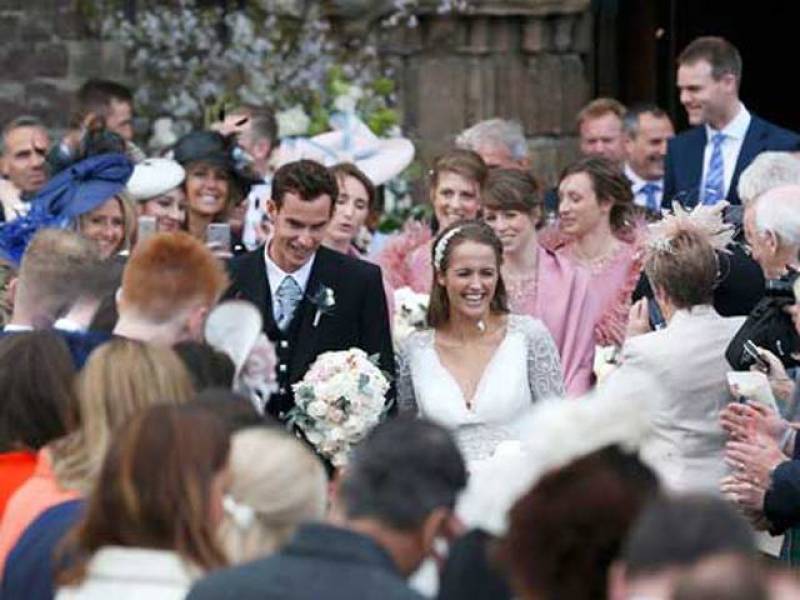 EDINBURGH (Web Desk) – Tennis star Andy Murray has married his long-term girlfriend Kim Sears in a ceremony in his hometown.

A white wedding car brought Ms Sears to the back of Dunblane Cathedral, out of sight of the media and well-wishers.

The couple, both 27, exchanged vows at the 12th Century cathedral before making their way to a small reception for family members and close friends.

US Democratic presidential candidate Senator Hillary Clinton (D-NY) (R) walks with her traveling chief-of-staff Huma Abedin as they approach a group of police officers after cancelling a rally in Fort Worth, Texas February 22, 2008. A Dallas police officer was killed Friday when his motorcycle struck a pillar as he was escorting democratic presidential candidate Senator Clinton to a rally in Dallas. Clinton cancelled the rally in Forth Worth, saying it would be inappropriate to hold a rally in light of the tragic circumstances. REUTERS/Jessica Rinaldi (UNITED STATES) US PRESIDENTIAL ELECTION CAMPAIGN 2008 (USA) – RTR1XFP4

pictures of art around Houston for the Houston Arts Alliance and Barking Dog Design.