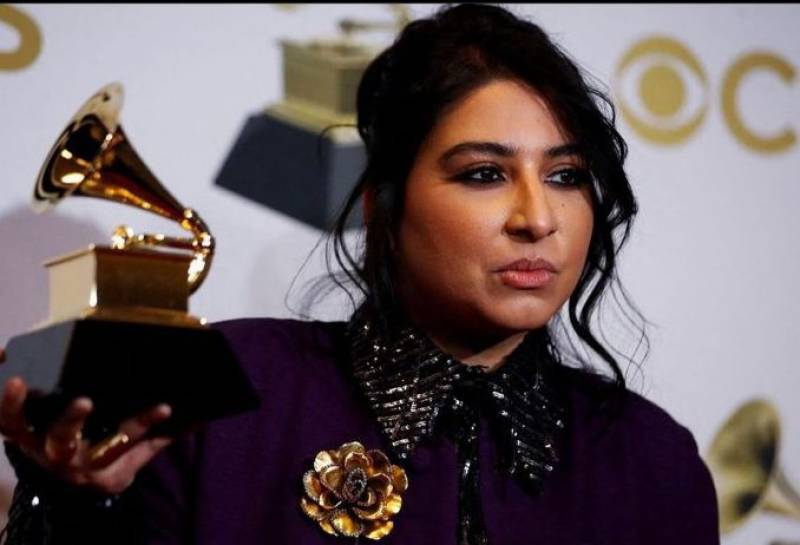 Pakistani-American singer Arooj Aftab has added another jewel to her crown by winning her first Grammy for her song 'Mohabbat' in the Best Global Performance category.

After bagging the Grammy, Aftab has propelled to fame and received praise for her accomplishment.

In an exclusive interview with Maheen Sabeeh, the 37-year-old dished out details about her victory, appearance in Coke Studio 14 with ‘Mehram’ and future projects.

Aftab got candid about what the immediate future looks like in a brief audio conversation. “Well, nothing really, because we had signed Universal label and we are already booked for this year,” she said.

“I’m on tour right now; there’s a small stint of shows happening during all of April such as Iowa, Minnesota, Chicago. There’s Coachella [Valley Music and Arts Festival] on both weekends followed by a show in Los Angeles. There’s a little bit of a break and after that I am on tour…”

“It is not a given that once you win a Grammy you can go around demanding stuff and that is definitely not our vibe. But I wouldn’t mind levelling up either. It’s definitely not something we are just not going to do. There’s a whole lot of touring and Coachella, which is this week actually so that’s next.”

Further, she revealed that after her win she was 'mostly sold out and gained 50,000 followers'. She said, "I am sure they’re BTS fans but I’m not complaining. I love them all and I love all my new fans and there’s just a lot of love pouring in and it feels really good.”

Aftab has performed at a number of major New York venues, including Lincoln Center and the Museum of Modern Art, also opening for Mitski at The Brooklyn Steel in 2018.

KARACHI – Pakistani musician Arooj Aftab has got her first Grammy, bagging the prestigious music award for her ...