Resolution on finality of Prophethood sails through Pakistan's NA 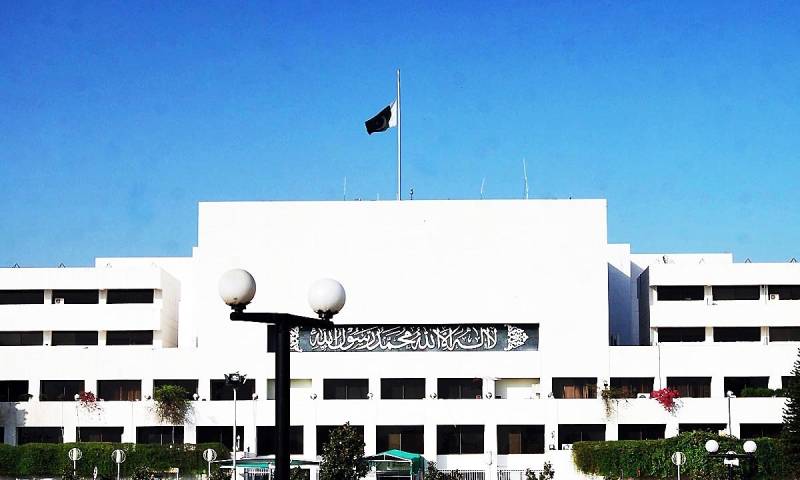 ISLAMABAD – The National Assembly has unanimously passed a resolution, urging the government that the name of Holy Prophet Muhammad (PBUH) should be written as “Hazrat Muhammad Rasool Allah Khatam-un-Nabiyyin Sallallahu Alaihi Wasallam” in all official and non-official documents.

The resolution was moved by Minister of State for Parliamentary Affairs, Ali Muhammad Khan.

In another resolution, the House recommended that the speech of founder of Pakistan Quaid-e-Azam to the Constituent Assembly on the 11th August 1947 regarding minorities should also be made a part of the syllabus.

In June, the provincial assembly in Sindh had unanimously adopted a resolution asking the authorities for making it mandatory to write “Khatim-un-Nabiyyeen” (last prophet) along with name of Holy Prophet Muhammad (PBUH) in official documents, books and wherever the holy name was used.

The resolution was tabled by Mohammad Hussain Khan of the Muttahida Qaumi Movement-Pakistan.

He said that since the finality of Prophethood was part of the Muslim faith, “Khatim-un-Nabiyyeen” should be written and pronounced in official documents, newspapers, magazines, television, radio and wherever this holy name was used.

Belief in the finality of Prophethood is an essential part of Islamic faith.