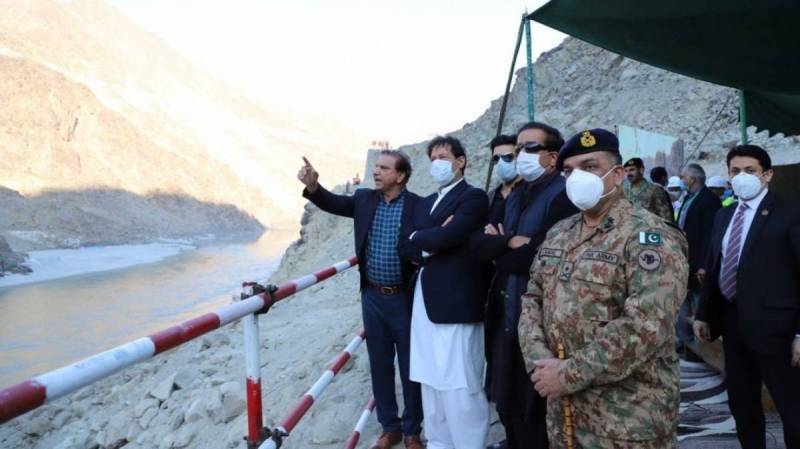 SWABI – The incumbent government has decided to build 10 dams to avert water storage capacity, and for creating resources to protect future generations, Prime Minister Imran Khan said at the inauguration of the fifth extension project of Tarbela Dam.

The premier, who visited Swabi for the groundbreaking of the fifth extension project of the Tarbela Dam, said “We have decided to construct 10 dams within 10 years including Dassu and Bhasha dams to avoid water shortage in the future and would be unable to cope with the needs of people and farmers.

Emphasizing the importance of the construction of dams, Khan said the project’s objective was to achieve clean energy and contribute to the fight against global warming.

“By the year 2030, most of the electricity produced will be clean electricity”, said PM by adding that “Our focus should be on creating power from water, solar or wind resources, and avoiding to create these through burning fossil fuels”.

Prime Minister while lamenting at former regimes said none of the previous governments thought about taking such initiatives and they signed capacity payment contracts for expensive electricity and it brought losses for the country.”

Besides extending lifespan of Tarbela by addressing issues of sedimentation, the project will enhance production capacity of the dam from 4888 MW to 6418MW.#DecadeOfDams pic.twitter.com/3vIQQfKBtC

Citing China as an example, Khan said the country could learn from the neighboring country, as it plans for 20 to 30 years ahead which he termed as ‘the secret of their success.'

The project is likely to perpetuate the availability and supply of water for irrigation purposes besides generating 1,530-megawatt green energy. The project can provide the national grid with power worth Rs1.34 billion rupee every year.

Earlier, Minister of State for Information and Broadcasting Farrukh Habib shared a tweet that stated that the project of 807 million dollars will be completed by 2024. “The project will enhance Tarbela Dam's electricity generation capacity by 1530 megawatts from 4888 megawatts to 6418 megawatts, the Minister wrote.