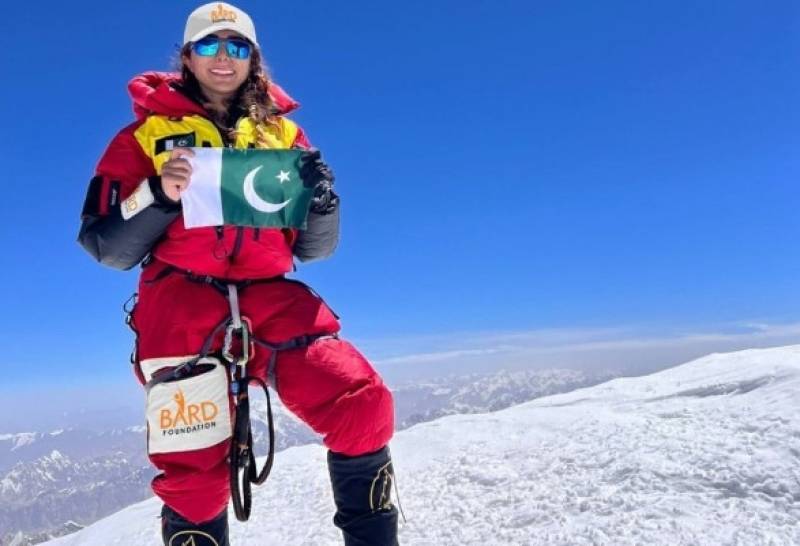 GILGIT – Naila Kiani, a dubai-based banker, has become the first Pakistani woman mountaineer to scale three peaks of over 8,000 meters as she summited Gasherbrum-I, the world’s 11th highest mountain, on Friday morning.

The mother of two, who made headlines in 2018 for her wedding photoshoot at the base camp of the world’s second tallest peak, K2, reached on top of Gasherbrum-I at 7:45am today.

She managed to complete her expedition despite facing extreme weather conditions between C2 and C3 points.

SKARDU – A Dubai-based banker, who got a wedding photoshoot at the base camp of the world’s second tallest ...

She had climbed the world’s second tallest peak shortly after Samian Baig, who has become the first Pakistani woman to do so.

ISLAMABAD – Renowned mountaineer Samina Baig added another feather to her cap by becoming the first Pakistani ...