Babrik Shah tells the truth behind his son's death 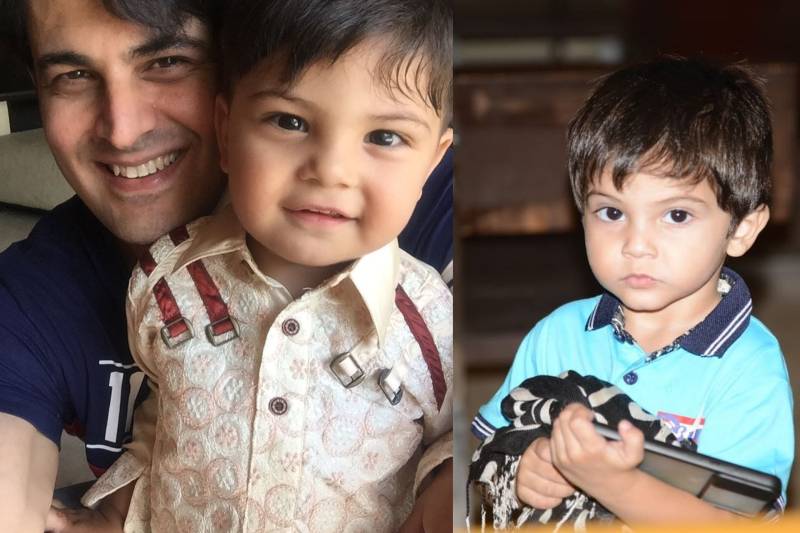 For starters, the actor on December 4 shared a picture of his son on his Facebook account and said that his youngest child is no more in this world.

Apart from this, in an Instagram post, the actor wrote, "He was the most intelligent and the best of all my sons, may Allah forgive him, I will always miss him till we meet again."

As soon as the news came about, the media initially reported that the Mujrim actor's son Xaviar drowned in a water tank at his home, but the actor has now denied all these reports as rumours.

During an interview to a private TV channel, the Sharabi actor said the death of the child had nothing to do with drowning.

"There is no tank in my house. This news was spread by a person whose name I will not take," Shah said.

Shah added, "The gossiper put this on his Facebook and my family sent me a screenshot of it."

Unable to contain his fury and resentment, Shah said, "I was shocked to see that screenshot. I pray for this person to bury two sons in his life."

Explaining the reason for the death of his young son, the actor said that water comes from the central tank in our society and it is at least 50 feet high.

"I was sitting in the drawing room of my house, caught up in some office work, when my son came and he said something to me whereupon I sent him to his mother."

Shah continued to say that his son left the drawing room and went out of the house.

"There is a nursery near our house which also has a fish pond. The children used to go there but always had an adult accompanying them," suggested the Muala Ve star.

The Raaz actor said the depth of the pond was about 9 feet and his son drowned there.

Explaining the incident further, the Munafiq actor said, "It had been a while since my son's unusual disappearance and that's when we started searching for him. I had searched everywhere in the house but when I went inside, the screams shook me to my core. I saw a man performing CPR on my son."

Shah said he felt that Xaviar had just been taken out of the water. He tried mouth-to-mouth resuscitation, but Xaviar remained motionless.

Shah concluded the family rushed to the hospital but the child was long gone.