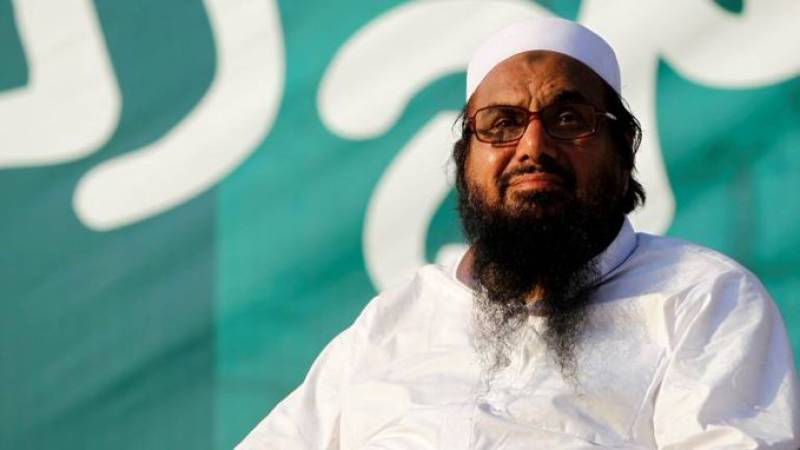 LAHORE – A court on Wednesday sentenced Hafiz Saeed to 11 years in jail after it found him guilty of terrorism financing charges in two cases.

The total punishment in both the cases was 11 years but he will serve five and a half years in jail as the two punishments will run concurrently, said Saeed's lawyer Imran Gill, adding that he would appeal.

The court’s decision comes days ahead of a meeting of the Financial Action Task Force (FATF), a world financial watchdog, next week to decide whether to blacklist Pakistan for its failure to curb terror financing.

Saeed was indicted in Pakistan last December with collecting funds for his banned organizations, which are designated by the UN as terrorist groups.

Saeed is the founder of the outlawed Lashkar-e-Taiba (LeT), a militant group blamed by India for the four-day Mumbai siege, in which 166 people, including foreigners, lost their lives.

Pakistan's counterterrorism police arrested Saeed in July last year, days before a visit to Washington by Prime Minister Imran Khan. He was taken into custody in Punjab province on July 17 while traveling from Lahore to the town of Gujranwala.

Saeed has been arrested and released several times in recent years. In 2017, he was put under house arrest by Pakistani authorities and subsequently released after being cleared of charges against him, drawing strong criticism from the government in New Delhi.

Saeed, however, has denied any involvement in the Mumbai attacks, saying he has no ties to militant groups.

Until the terror financing case, Saeed had for months lived freely in Pakistan, often addressing anti-India rallies, for which he became popular.