Meera fumbles again while introducing herself in English (VIDEO) 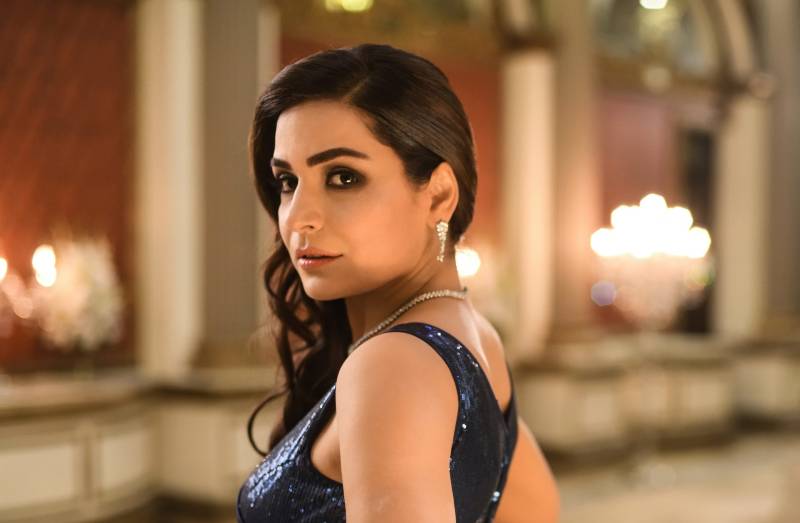 The quintessential Lollywood queen has done it all - from rumours of a secret marriage to risqué films, Meera is always the heart of controversies. Her alluring persona and versatility have earned her the spot of a timeless diva.

The Baaji star continues to shatter stereotypes as she remains one of the most sought out actresses despite being in her 40s.

A talented woman, who can dazzle on screen and create magic in the kitchen, Meera shows off her culinary skills as she cooks ‘desi’ chicken and soup for her guests.

Me at the end of a hectic day #meera pic.twitter.com/O1qHj13ze8

A video started doing rounds on the Internet where she is seen cooking ‘desi’ chicken as she says, “I love cooking. I dance and enjoy while cooking.”

After introducing her cousin Babar Naqvi. Meera introduced the names of her uncle as General Naqli instead of General Naqvi, which she later corrected and also admitted the slip of tongue which happens while conversing in English.

Her English pronunciation is always a source of amusement for the general public, which lands her as the butt of jokes within the meme community

The audience in the kitchen can also be heard cheering Meera for the delicious soup she prepared.

Once a stunner, always a stunner! The video has won the hearts of her fans.

The quintessential Lollywood diva continues to shatter stereotypes as she remains one of the most sought out actresses ...