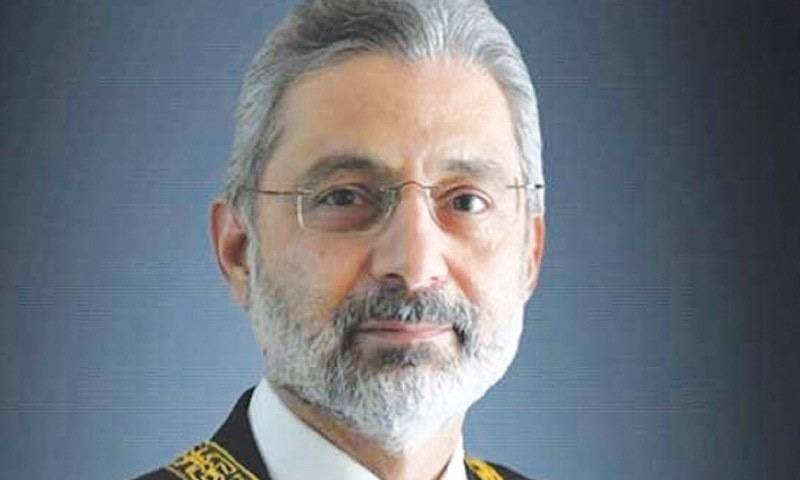 ISLAMABAD – Chief Justice of Pakistan Gulzar Ahmed remarked that Justice Qazi Faez Isa should not hear cases involving the Prime Minister of Pakistan since he is a petitioner in a case against the premier.

The top judge gave the remarks in a 5-page verdict on a case related to release of development funds allegedly directed by PM Imran Khan ahead of the Senate polls.

“…it would not be proper for the Hon. Judge to hear the matter considering that he had already filed a petition against the Prime Minister of Pakistan, in his personal capacity. Therefore, to uphold the principle of un-biasness and impartiality, it would be in the interest of justice that the Hon. Judge should not hear matters involving the Prime Minister of Pakistan,” read the order.

Justice Isa, during the hearing of the case, sought to place on record copies of certain documents reportedly received by him from some anonymous source through a WhatsApp message.

While handing over the copies, Justice Isa stated that he was unsure if the documents were genuine.

At which, Attorney General Khalid Latif said that the such documents should not be made part of the proceedings since they are unauthentic.

“He further submitted that in any event the Hon. Judge would become a complainant in the matter and in that capacity it would not be appropriate for the Hon. Judge to hear the matter,” the order notes.

After reviewing the responses submitted by the governments that no funds have been issued, the court disposed off the case.

“…it appears that the queries raised by this Court in the order dated 03.02.2021 have been responded/addressed by all the respective Governments and thus, we see no reason to further proceed with the matter,” said the top court.