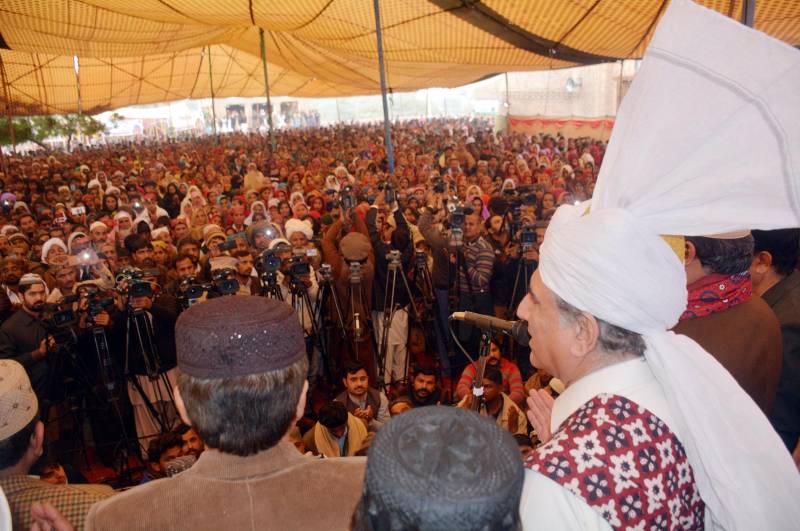 Custodian of the shrine and Foreign Minister Makhdoom Shah Mehmood Qureshi gave a traditional bath to the shrine and inaugurated the Urs celebrations.

Addressing on the occasion, Makhdoom Shah Mehmood Qureshi stressed the need for following the teachings of the saint for maintenance and promotion of peace, love and brotherhood.

He urged them to understand the message of the great saint and follow it for success.

He said the great saint was very kind and he always resolved problems of masses.

The Custodian of the shrine prayed for progress and prosperity of the country, which he said was facing numerous internal and external challenges, adding that conspiracies were being hatched to create division among the masses.

He also prayed for economic revival, investment and job opportunities in the country.

LAHORE – The PTI-led provincial government will establish a Sufi university in Punjab capital city to promote the ...

Ex-federal minister for religious affairs Hamid Saeed Kazmi also addressed the inaugural session and said that the great saints purified the people, who used to visit the shrines.

Speaking on the occasion, Custodian of Kot Mithhan Shrine Moinuddin Mehboob Koreja proposed an improvement in affairs of Auqaf department. He also advocated propagation of teachings of the great saint.