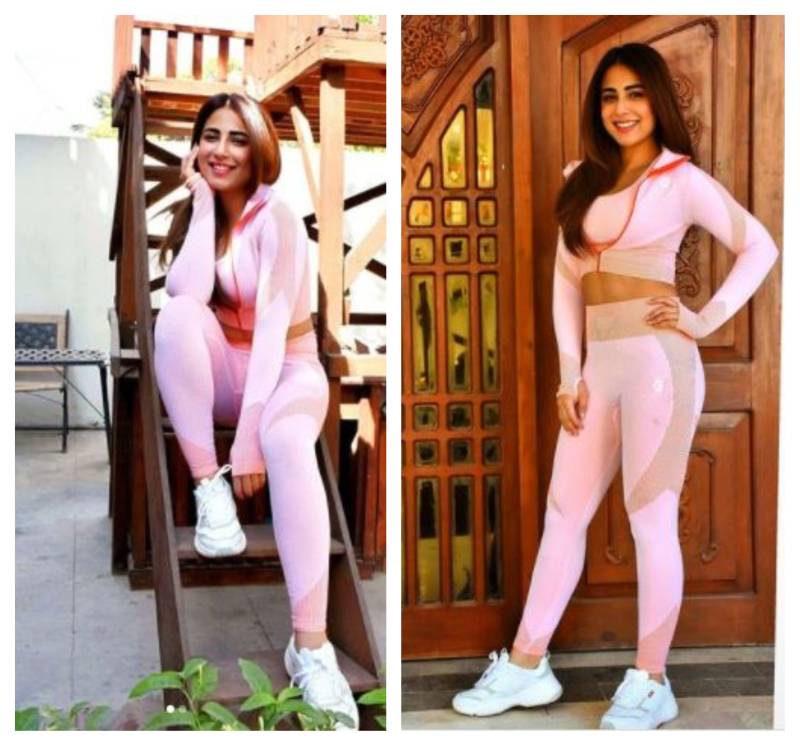 Pakistan’s entertainment industry figures are no strangers to social media trolling and fat-shaming, but candidness of Ushna Shah, as she claps back at trolls who tried to fat-shame her comes as a breath of fresh air.

A crusader of sorts who is vocal about her opinions, Shah refuses to be influenced by photoshopped imperfections to lure masses that all celebrities should look effortlessly perfect.

The 30-year-old's fiery temperament has helped in cutting down trolls and reply to unwanted comments in the recent past.

The Bashar Momin star recently was spotted on Instagram flaunting her toned physique in athleisure, emphasizing on the significance of workout.

Not sparing her from unwanted comments, a social media user commented on her weight: 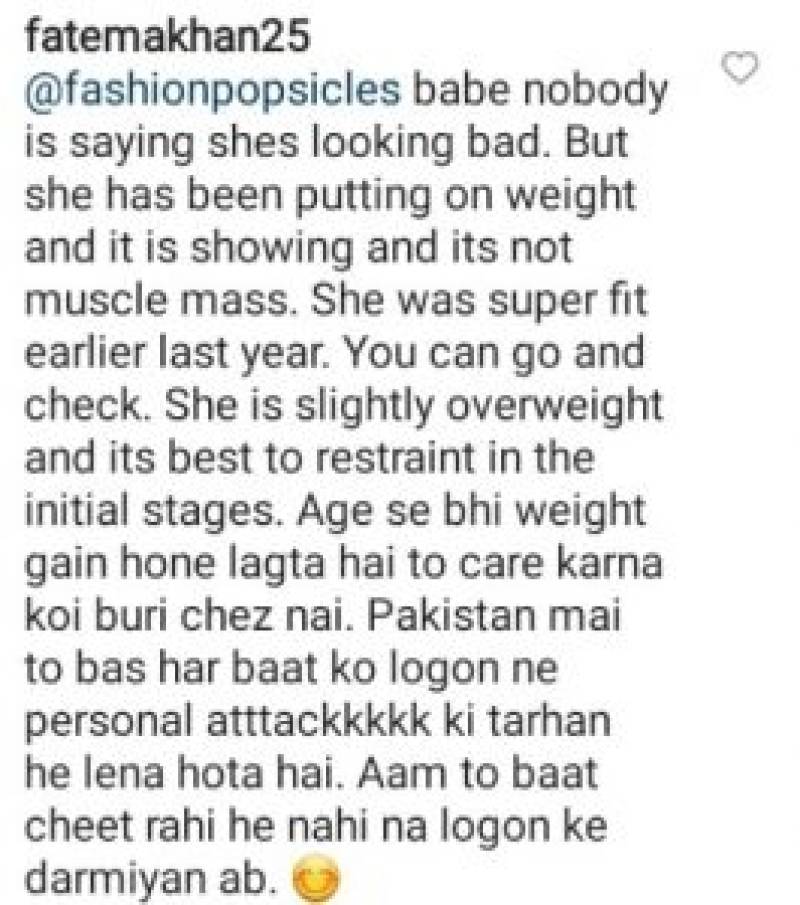 "Nobody is saying she's looking bad. But she has been putting on weight and it is showing and it's not muscle mass." The troll went on to add, "She was super fit earlier last year. You can go and check. She is slightly overweight and it's best to restraint in the initial stages."

Responding to the user, the Bandhay Aik Dor Say star reminded the troll how she maintains her physique the way she wants: 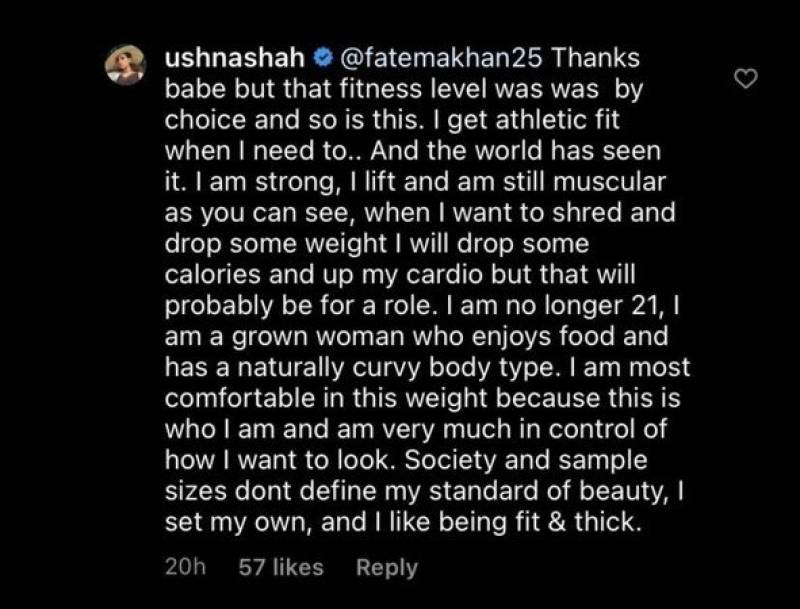 "Thanks, babe but that fitness level was by choice and so is this. I get an athletic fit when I need to. And the world has seen it," the star stated. "I am strong, I lift and am still muscular as you can see, when I want to shred and drop some weight, I will drop some calories and up my cardio but that will probably be for a role."

Ushna did not hold back from schooling the user about unrealistic beauty standard:

"I am no longer 21, I am a grown woman who enjoys food and has a naturally curvy body type. I am most comfortable in this weight because this is who I am and am very much in control of how I want to look. Society and sample sizes don't define my standard of beauty, I set my own, and I like being fit and thick!"

Pakistan’s most loved celebrity for quite some time, Hania Amir has been quite in headlines for some time. The ...