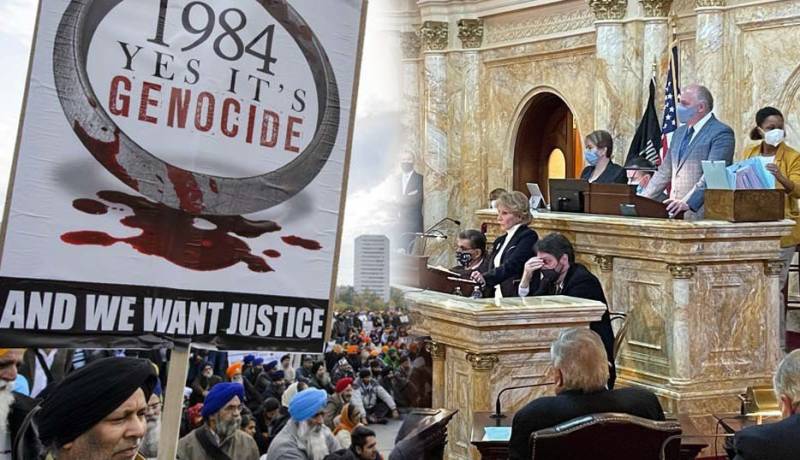 TRENTON – New Jersey passed a resolution, which will be presented to US President Joe Biden, and other top govt officials, condemning the genocide against Sikhs in India.

A report of an international news agency said New Jersey Senate has unanimously passed a resolution to condemn the Sikh massacre that took place in 1984 which stated that many genocide survivors eventually immigrated to the US and established large communities.

The resolution was submitted by State Senator Stephen Sweeney while a Hindu member Veenu Gopal also voted in favour. It mentioned that the brutal killings of Sikhs occurred in November 1984, and lasted for three days.

It added that over 30,000 Sikhs were killed in gruesome attacks as they were hunted in their homes, where they were burned alive.

Indian citizens, rights activists, as well as eyewitnesses, have testified through evidence that the Indian government, have organised, participated in, and failed to intervene to prevent the killings through direct and indirect means.

It also mentioned that thousands of Sikh women were raped and were forced to witness the hacking, burning, and murder of the men in their families, adding that residents of houses in Widow Colony, and the Tilak Vihar neighbourhood in New Delhi, are eyewitnesses to the genocide.

US Sikh community has recovered from the material damages of the genocide as they continue to keep the memory of those who were killed alive and will never forget the Sikh genocide, per report.

Earlier, California State Assembly recognised the systematic and organised killings of Sikhs by the Indian government and remembered those who lost their lives during the 1984 Sikh genocide.

Following that, Pennsylvania's General Assembly of the Commonwealth also unanimously passed House Resolution HR-1160 in 2018 in which it was declared that the November 1984 anti-Sikh violence in India was, indeed, genocide.

NEW YORK – On the complaint by Sikhs For Justice, a New York court issued summons against Indian Prime Minister ...

Meanwhile, Sikhs are again facing genocide threats on social media. Right-wing extremists said this time it will be worse than 1984. Indian ruling party alleged a threat to Modi's life following his convoy getting stuck during a visit to Punjab, which again triggered hate against Sikhs and Punjabis on social media. 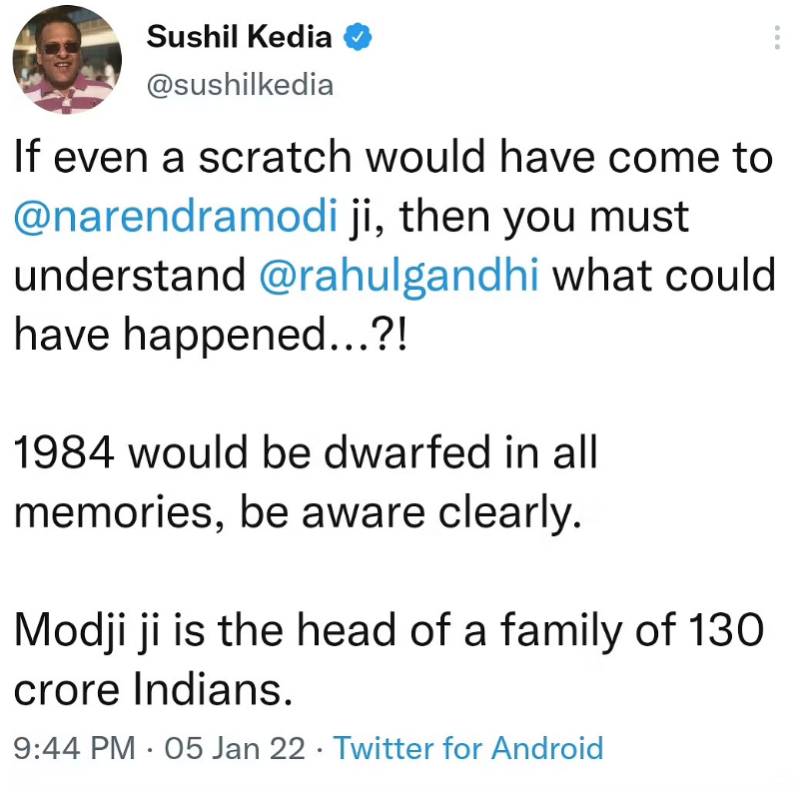 However, experts claimed that Modi’s convoy was stuck due to miscommunication between the Centre and Punjab government and that Sikhs shouldn't be dragged into this tussle.