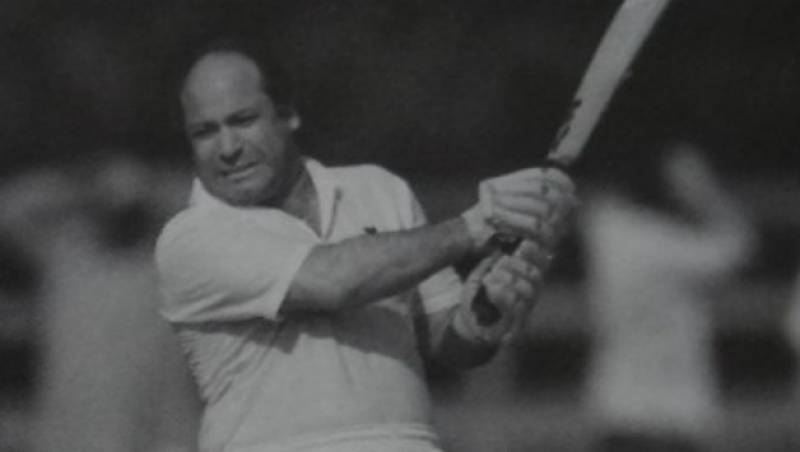 LAHORE (Ali Zain) - It was just before 1987's ICC cricket world cup when Nawaz Sharif, the current prime minister of Pakistan, took it to lead Pakistan's cricket team in a warm up match against West Indies. Sharif did not even wore the proper safety kit to face the world's most dangerous bowling attack.

"None of the team could believe what we were seeing; he was going to open the innings where with Mudassar Nazar against the West Indies, one of the greatest fast-bowling attacks in cricket history," Khan narrated.

While describing about Sharif's sudden decision to lead the team against West Indies former skipper says, "Just before the World Cup in October 1987, when I was captaining Pakistan, we played a warm-up match against the West Indies at the Gaddafi Stadium in Lahore. Moments before the match, the secretary of the cricket board, Shahid Rafi, informed me that the Chief Minister of Punjab, Nawaz Sharif, was going to captain the team that day".

"I was taken aback but then assumed that he would have a non-playing role and waned to watch the match from the dressing room. Therefore I was shocked to see him walk out to toss the coin with Viv Richards, the West Indies captain, dressed in his cricket whites; but there was a bigger shock to come".

Earlier Nawaz Sharif had represented Pakistan Railways against Pakistan International Airlines (PIA) in a first class class game in 1974. However the Pakistani politicians who made it to Prime Minister's office thrice failed to score any run in the match.