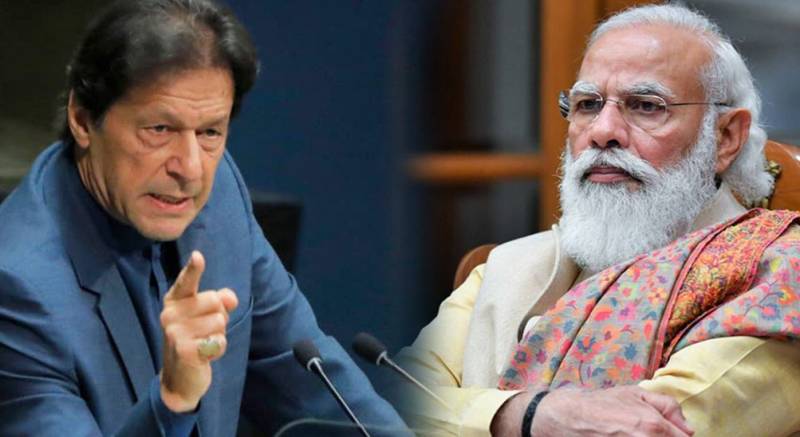 Khan, in a recent post, asked whether the silence of the Modi government on the issue meant the endorsement of this anti-Muslim rhetoric.

He also called on international authorities on the continuing silence of the Indian govt on the call at an extremist Hindutva summit in Dec for the genocide of minorities, especially the 200 million Muslim community.

“It is high time the international community took note and acted”, Khan wrote as no leader of leading countries condemned or raise questions on Hindu fanatic’s call.

Under the extremist ideology of the BJP Modi govt, all religious minorities in India have been targeted with impunity by Hindutva groups. The extremist agenda of the Modi govt is a real and present threat to peace in our region.

In another tweet, the premier said all religious minorities living in India were targeted by Hindutva groups with impunity during the government of the Bhartiya Janata Party (BJP). “The extremist agenda of the Modi-led government is real and a present threat to peace in our region,” he said.

In December last year, leaders of several Hindu groups with ties to the Indian ruling government have called for ethnic cleansing of minorities in India in an event that sparked widespread outrage and calls for action against them.

The three-day hate speech conclave was held by the controversial Hindutva figure Yati Narsinghanand from December 17 to 19 in northern India's Haridwar city where multiple speakers made calls to kill minorities and attack their religious spaces.

On Sunday, the former Indian naval chief warned that India could descend into civil war as political leaders of the country had failed to condemn the recent genocide calls against Muslims by Hindu hardliners.