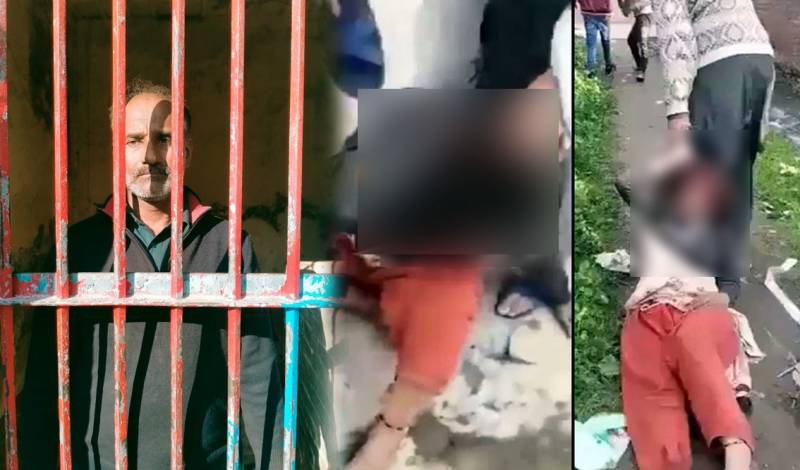 SIALKOT – One of the most industrialized districts in Punjab, Sialkot, is in news again as an elderly woman was publicly beaten over an alleged land dispute.

The harrowing clip in which the elderly woman can be seen getting assaulted went viral on social media on Sunday which prompted the action of the provincial administration. Cops lodged a case against 15 people and arrested nine of them in village Palura Kalan in Sialkot district.

In the horrific clip, culprits can be seen dragging the woman on streets and assaulting her. The suspects, slapped, punched and kicked victim and even beat her with iron rods.

Reports in local media said it all started due to a land dispute between two groups. On Saturday, another clash took place between two women belonging to rival groups.

In the FIR, the victim stated that the conflict started because of a land dispute. “I have owned the property for over 13 years and these people were forcing me to sell it. When I refused, they stormed into my house, dragged me outside, and tortured me.”

Earlier, Punjab Chief Minister Usman Buzdar also took notice of the incident and demanded an investigation report from the police. The culprits do not deserve any concession and promised justice, CM said.

Earlier in November last year, a Sri Lankan man, who was employed at a factory in Sialkot’s Wazirabad, was assaulted and beaten up to death on alleged blasphemy.