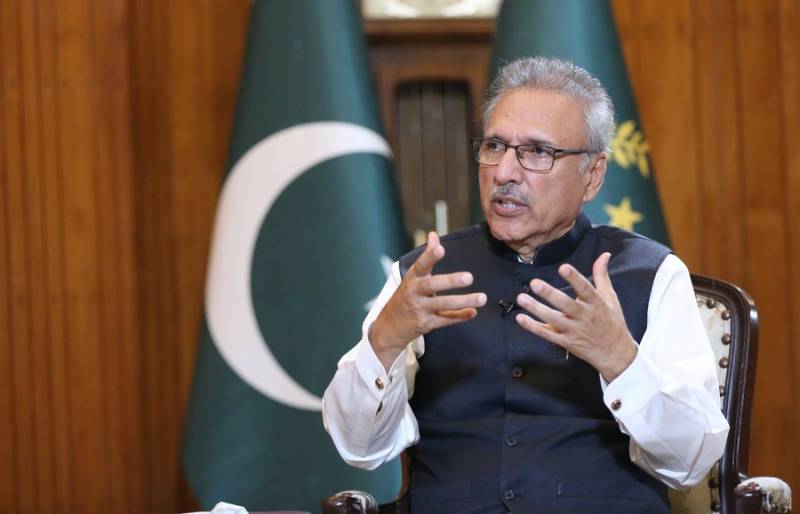 ISLAMABAD – President Arif Alvi has offered to mediate between the PDM-led government and Pakistan Tehreek-e-Insaf (PTI) to defuse the political situation in the country.

In an interview with BBC Urdu, the president said it was inevitable to cool down the boiling political situation in the country, adding that all political parties should sit together to resolve the issues through talks.

President Alvi blamed the Shehbaz Sharif-led government to use delaying tactics with regards to the Pakistan Tehreek-e-Insaf (PTI). He confirmed that there was no contact between the two parties in the past one month.

He hoped that the national economy would improve and dispelled reports that Pakistan would default on its international obligation.

Saying all parties should hold talks for upcoming elections, President Alvi lamented that he himself was unable to under who was showing more reluctance.

He also talked about differences between the PTI Chairman Imran Khan and former army chief Gen (retd) Qamar Javed Bajwa. The president said he made efforts to bridge the gap, saying as the head of the state it was his responsibility to keep the federation united. He held the social media responsible for creating misunderstandings between Khan and Gen Bajwa. “If social media is given more importance over such issues, then it cause chaos,” he said.

Responding to a question regarding the offers made to former army chief for extension in service, President Alvi said he was unaware of such developments.

While talking about his move to hold consultation with Imran Khan on the appointment of Gen Asim Munir as army chief, President Alvi said that the constitution did not bar him from seeking advice from anyone.