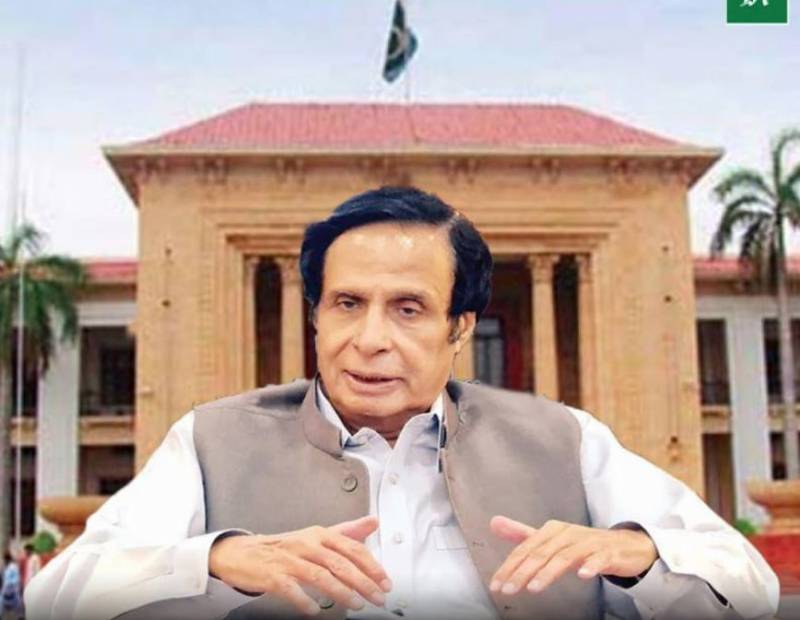 LAHORE – Punjab Chief Minister Pervaiz Elahi secured the vote of confidence as 186 lawmakers of the Punjab Assembly voted in his favor amid a chaotic session held during the early hours of Thursday.

The opposition walked out from the session, decrying Elahi’s behavior. Wednesday's session was dragged late into Thursday and then a new session started after midnight with the vote of confidence on the agenda.

Elahi, a confidante of Imran Khan, remained absent from the house all day and came to attend the meeting of the parliamentary party as a request for a vote of confidence in the assembly secretariat was submitted by Raja Basharat.

His entry on the assembly floor was met with protests and chants from the PML-N and PPP members.

The members were flocked to the floor after bells were ringing for five minutes.

Speaker Sibtain Khan, who presided over the session, announced that Elahi had received 186 votes — exactly the number required to retain his position and one less than the 187 that PTI leaders had claimed to have prior to voting.

The lawmakers of the ruling and opposition side chanted slogans against each other, causing a ruckus in the assembly.

The recent turmoil is linked with Imran Khan' call to dissolve the Punjab and Khyber Pakhtunkhwa assemblies, and to prevent CM from dissolving the assembly, opposition parties submitted a no-confidence motion against Elahi.

Sparking with media, the PML-N stalwart and Interior Minister Rana Sanaullah called session proceedings against Constitution, accusing speaker Captain Khan, and another member of ‘bulldozing the vote of confidence’.

Sanaullah alleged that PTI backed government failed to get required numbers, calling it a reason why the speaker rejected their demand of making opposition part of the counting process.

The federal government may think of imposing governor rule in Punjab, Rana hinted during the media interaction.

Security beefed up at PA

All SSPs of Lahore were also directed to gather at the assembly on the directions of top officials.