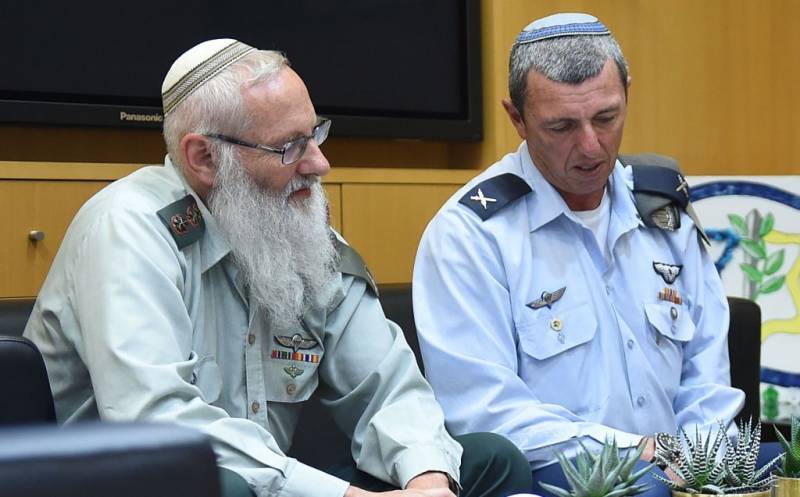 JERUSALEM (Web DesK) – The Israel chief rabbi’s appointment is being met with backlash as he is outspoken for allowing soldiers to rape women during wartime.

According to Mint Press News Brig. Gen. Rafi Peretz, of the Israeli Defense Forces, who is stepping down after six years in the position is being replaced with his successor, Rabbi Col. Eyal Karim.

Karim, who was announced on Monday as the intended new IDF chief rabbi, has kicked up controversy with previous misogynistic statements, such as opposing female conscription and implying that rape was permissible in times of warfare.

According to Ynet News, Karim has been functioning as the principal of the Rabbinate Department in the Military Rabbinate. He is an alumnus of the Bnei Akiva Nachalim and the Ateret Cohanim yeshivas, and he served previously as a combat paratrooper.

Karim is eventually commanding their elite reconnaissance unit, before taking a break from the military and eventually returning to its rabbinate.

In 2012, Karim’s controversy started when the Hebrew religious website KIPA, asked him, in the light of certain biblical passages, if IDF soldiers were permitted to commit rape during wartime despite the general understanding that such an act is widely considered repugnant.

“And because of the liable damage to the modesty of the girl and the nation, the great rabbis and the Chief Rabbinate have ruled that the enlistment of girls to the IDF is entirely forbidden.”

Karim is also outspoken about women singing at military events. If a woman sings at an event, he claims, men should not have to attend as it is repugnant.

His answer enraged many Israelis.

“Although intercourse with a female gentile is very grave, it was permitted during wartime (under the conditions it stipulated) out of consideration for the soldiers’ difficulties,” he wrote. “And since our concern is the success of the collective in the war, the Torah permitted [soldiers] to satisfy the evil urge under the conditions it stipulated for the sake of the collective’s success.”

In other words, soldiers can rape innocent women during times of war in order to keep their morale up.