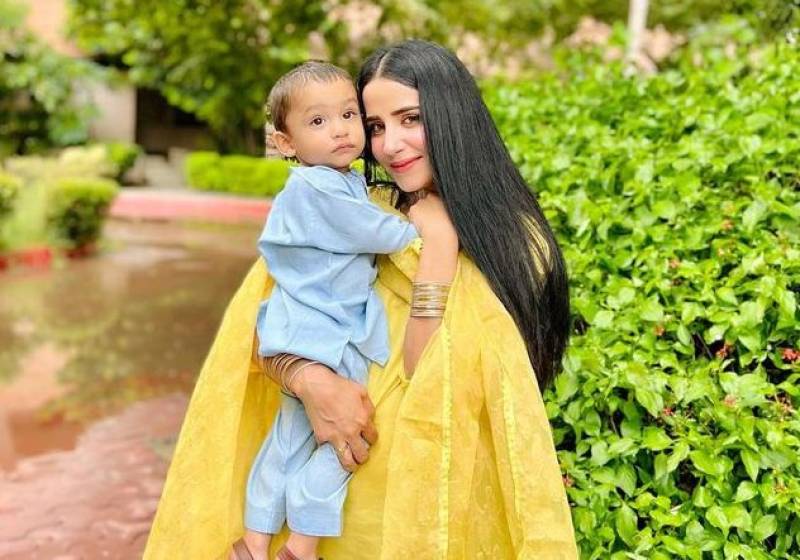 Starlet Saniya Shamshad might have been from the television screens. Still, her active presence on social media is undoubtedly winning hearts, in particular, her adorable son who is a cute little charmer.

Taking to Instagram, the Zinda Dargor actress dropped stunning pool clicks with her son and needless to say, her little bundle of joy looked cute while beating the summer heat. "Mr Azlan Syed and I. ♥️ @azlansyed2021", captioned the Hiddat actor.

Saniya tied the knot to Hidayat Syed back in July 2019 and moved to Australia. The 31-year-old actress made her acting debut in Tere Pehlu Main opposite Affan Waheed in 2011.