Hindu street vendor beaten up by Police because of 'Ramazan' 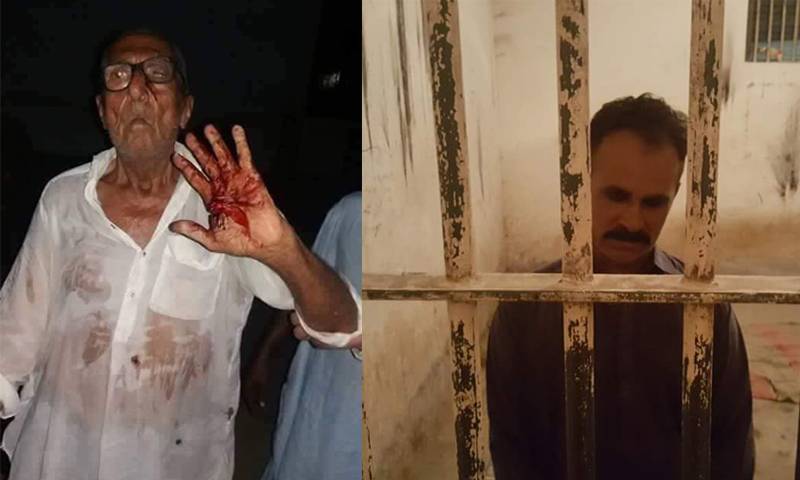 GOTKI (Staff Report) - A police constable has been arrested and put behind bars after he allegedly tortured an aged Hindu vendor for selling edibles in Gotki's Hayat Pitafi town.

The incident took place on Friday, when vendor Gokal Das was selling edibles some forty minutes before Ramzan Iftar time. Seeing this, the police constable, later on identified as Ali Hassan, brutally tortured the vendor for not respecting Ramazan.

Later, on the directions of the IGP, SSP Gotki Masood Bangash registered a case against the policeman under sections 337, 504 and 506/2 of the Pakistan Penal Code.

On Saturday, the accused constable was arrested by the police. Bakhtawar Bhutto Zardari, the sister of PPP chairman Bilawal Bhutto Zardari, also confirmed the arrest of Ali Hassan in a tweet.

A policeman in #Ghotki beat up an elderly Hindu man 4 eating before iftar. The policeman has been arrested #ZeroTolerance #Justice4GokalDas