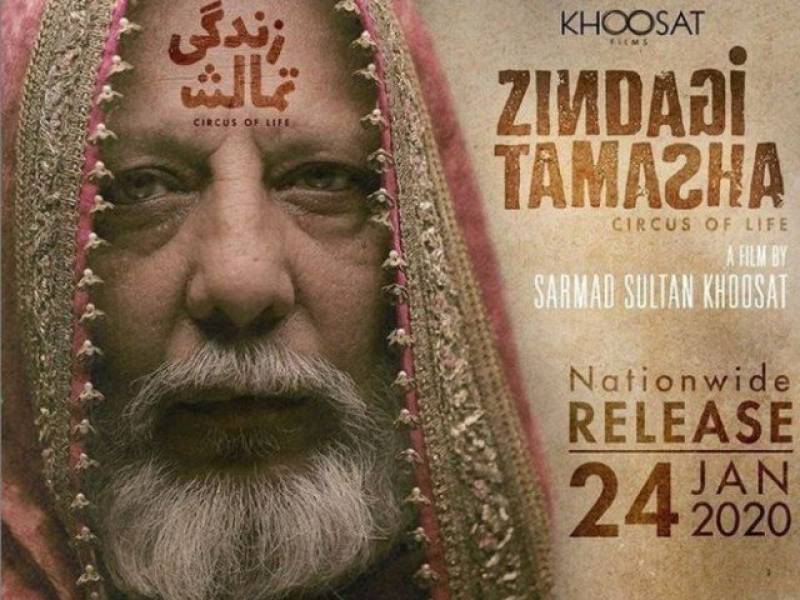 LAHORE - The Senate body barred the Council of Islamic Ideology (CII) from reviewing the film Zindagi Tamasha and stopped the advisory body from taking any decision on the film.

On Wednesday (yesterday), the senate’s panel on Human Rights headed by PPPs Mustafa Nawaz Khokhar held a meeting and took a decision in this regard. The committee held an in-camera session to discuss the film.

Also, the senate body stopped the council from deciding the fate of the film. CII was set to decide on the film on its next meeting on March 16 after reviewing it.

“A screening of the film will be arranged on March 16. The panel will decide if the movie needs to be sent to the CII for approval. If we do not find the film objectionable, orders will be given for the film’s immediate release,” said Khokhar.

In his remarks, Khokhar maintained that CII is not the legitimate authority to review or decide on the film. Such matters fall into the jurisdiction of the Parliament. He further made it clear that the law in this regard “defines this in clear terms.”

However, details revealed that during the meeting the body had found nothing in the film that should be designated as objectionable.

After giving up to the severe pressure of the TLP and other religious groups, also, despite the clearance from the censor board, the government banned the film across all cinemas in Pakistan. Furthermore, the matter later sent to the CII for further review.

Since then, celebrities and people on social media were coming out to support and voice their concern about the film.

Earlier, the director of the film, Sarmad Khoosat wrote an open letter to PM Imran Khan demanding the release of the film.

The matter is further delayed, however, now the matter sent to the human rights body, it has been hoped that it would pave the way for the film’s smooth sail further ahead.